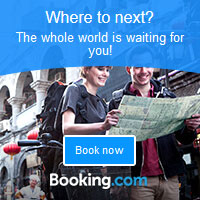 I have now visited Prague four times, three of them in the last three years. It’s always a pleasure to be back in this beautiful city. There’s just so much to love about this place. In this short article I want to focus on some of the aspects that make Prague the perfect destination for[…]

As some of you might know I’ve been travelling New Zealand for four weeks during November and early December. It’s been an awesome time but sometimes quite challenging in terms of photography. I’ve decided to write a few articles about this trip, focussing on the different places I stayed at and photographed. After nearly 30[…]

This year I visited London for the third time. What I had learned during my previous trips to London was that tripods are not allowed in many areas. And even where they are allowed they can sometimes be a bit of a burden, especially if you’re in a busy place with many people walking by.[…]

A few years ago I bought a Lee Big Stopper (US, UK, GER*), which is an extreme neutral density filter. If you try to look through it, you will see nearly nothing. But if you put it in front of your camera lens, you can take long time exposures even during a bright and sunny[…]

Behind the Shot – Westminster

A few years ago, as I started this blog, I wrote some articles where I described what thoughts went into some of my 2010 Cornwall photos. With this article I want to revive this series and give a little behind the scenes information about one of my recent photos from London. Last weekend I spent[…]

Over the last few months I undertook several photography focused trips to Bamberg. It’s such a beautiful city and I’ve been there many times over the last years. But I never really tried to capture its beauty in photos. So I started this ongoing project. Since there are no great landscapes nearby here in Franconia,[…]