Over the last few months I undertook several photography focused trips to Bamberg. It’s such a beautiful city and I’ve been there many times over the last years. But I never really tried to capture its beauty in photos.

So I started this ongoing project. Since there are no great landscapes nearby here in Franconia, I had to look for some alternative shooting options anyway. And I kind of like photographing cities that have a historic look to them. 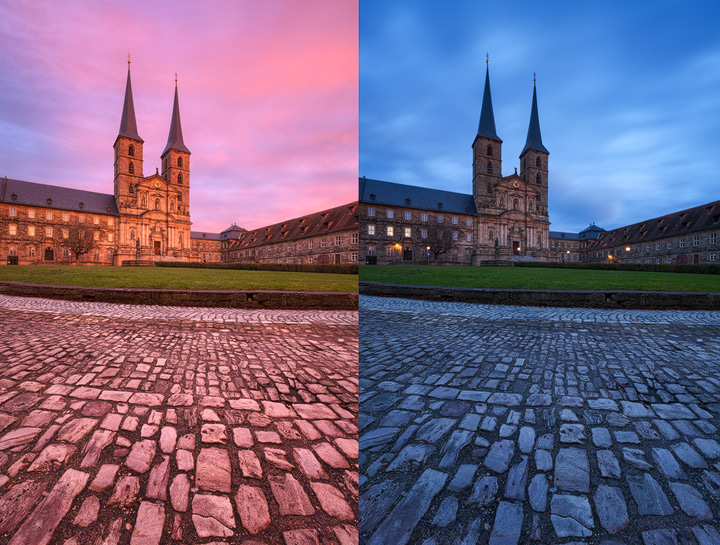 I’m not living that far away so I was able to pick out the conditions I needed for my photo shoots. No need to rely on luck with the weather. If the sky looked promising I went, if not I simply stayed at home.

Back in january for example we had a very cloudy day. On such days I always look west searching for a gap in the clouds near the horizon. Such a gap can be a promise for a great sunset. But it’s no guarantee because it can be gone very fast depending on the movement of the clouds.

Usually I give it a try when I see it. Although mother nature not always keeps it’s promise, if the sun manages to peak through that gap during sunset, the sky can be bathed in wonderfully intense colors. This was the case that evening at Michaelsberg Abbey. Although I was shooting away from where the sun was setting the sky began to glow half an hour before sunset and turned pink just before the show was over.

But I kept my camera in place for another 30 minutes and waited for the blue hour and the night lights beginning to glow. The two photos above are a good example on how light and especially the color of the light can influence the mood of a photo. While the left photo has a dramatic look the blue hour shot radiates calmness. 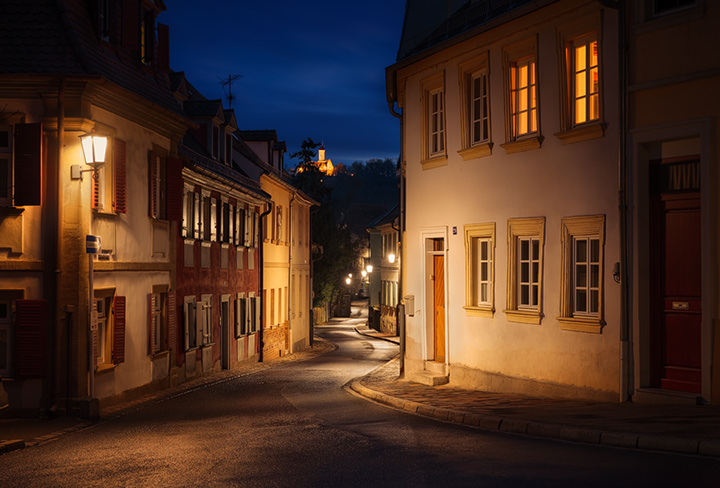 With the blue hour under way I immediately went to my next subject, which I had scouted on my way to the abbey. This winding street with a castle up on a hill in the distance was looking perfect in the impending darkness. For the final photo I exposed for more than one minute. This created a nice balance between the street lights and the dark blue sky.

Even if there’s no colorful sunset, you can always rely on the blue hour: Be it cloudy, be it clear, and even during rain. When I’m photographing cities this is my favourit time of day. 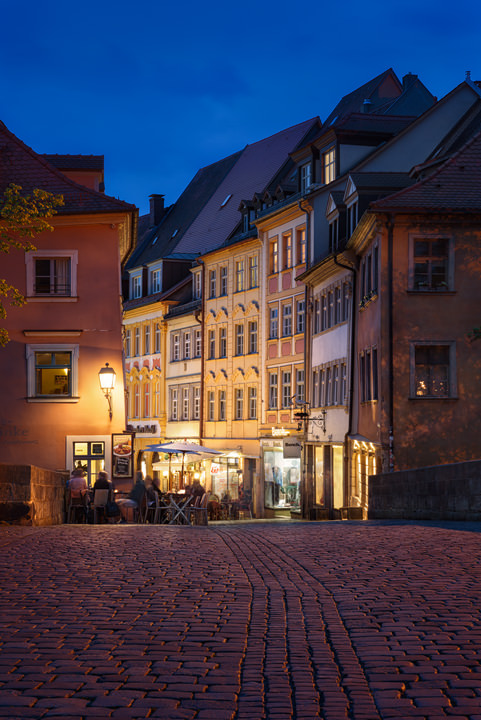 The photo above was taken on another evening down at the river just behind Bambergs old town hall. I setup quite early right in the middle of the street and waited. Many people were passing by and also walking right through the frame of my photo. But this is usually no problem when it’s getting dark. With exposure times between 15s and one minute the sensor will only see ghostly apparitions at most.

The same was true for the next two photos. Below you see a view of the old council hall with the river flowing around it. I included the bridge in foreground to give the photo more depth. I also liked the flowers lining the bridge. Here it was a bit more tricky to get a good exposure because the bridge was slightly vibrating when people were crossing. But I took enough photos that evening to make sure to have a sharp photo in the end. 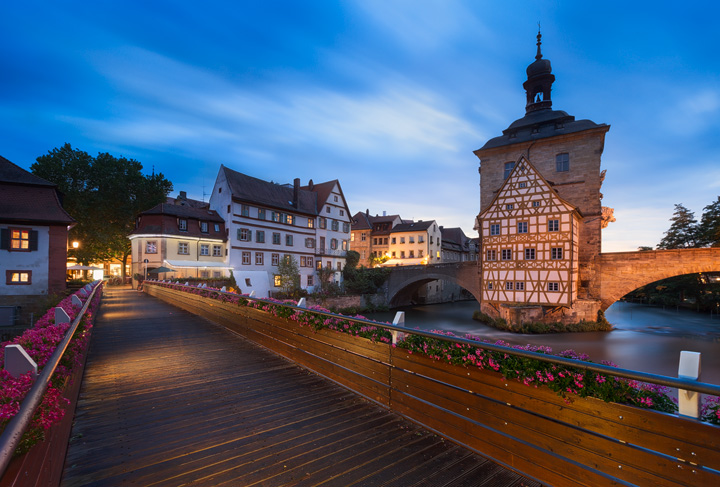 The final photo was also taken near the old town hall. I used a tele lens to get a more contracted view with focus on the main gate. This evening was very busy so I was able to capture a good flow of people with a long exposure. The special part in this photo for me is the man to the right, whom I didn’t notice while taking the photo. Only when looking at the photo in Lightroom did I see him there. All other people were just a blur. 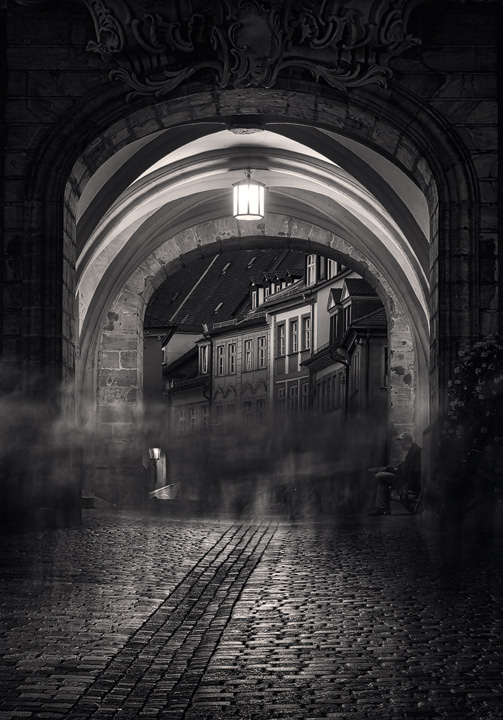 This is just a small excerpt of Bambergs beauty. I will continue to explore the city with my camera and I’m sure I’ll find some more photogenic spots. And if someone wants to accompany me during a Bamberg photo trip, I also lead one on one workshops. Just contact me for the details.