In my Seascape Photography Guide part 1 and part 2 I talked about the preparation, the equipment and the techniques I use during a seascape photo shoot. In this installment I’ll focus on a very certain aspect of seascape photography, the capturing of the wave’s motion and energy as they break at the shore.

While it’s possible to create very mystic looking photos of the sea by applying long exposures of 10 seconds up to several minutes, what those photos often don’t capture is the raw energy of the water as it rushes up the coast.

So, if my goal is to capture this energy, I use shorter exposure times, often of less than one second. I usually want to introduce just a bit of motion blur in the water to show the movement while trying to preserve its structures. A good rule of thumb is to start experimenting with exposure times between 1/8s and 0.7s and, depending on the intended results, maybe extend the exposure time a bit or use an even shorter exposure, if the waves are very powerful. 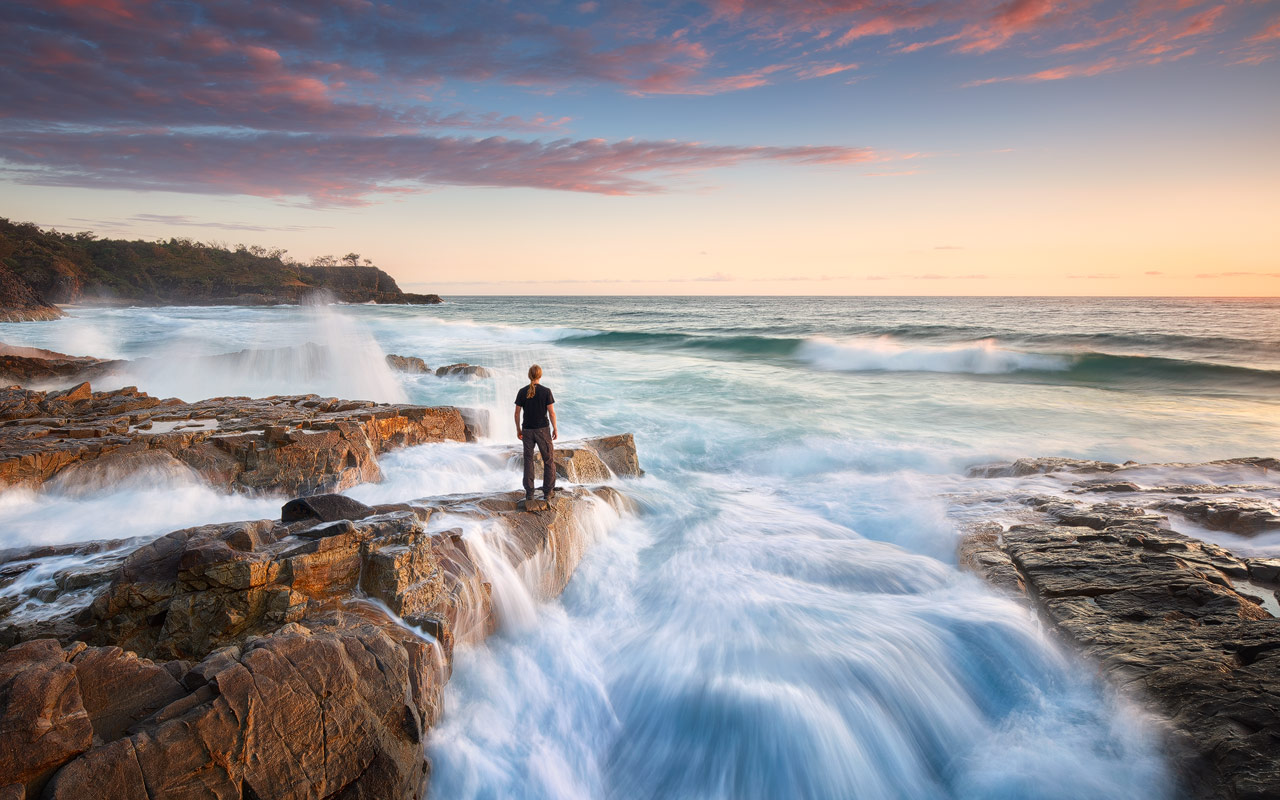 For this photo I took in Noosa a few years ago I did just that, taking many photos with different exposure times, trying to capture the different shapes of the crashing waves. The conditions were perfect for seascape photography and the swell just right to have the waves rush over the rocks in the foreground.

But this photo was not captured in a single frame. What I show you in the video below is how you can create captivating seascape photos by combining different exposures with simple photo editing in Photoshop. In this seascape photography tutorial I also explain the different phases the waves go through when rolling towards the shore and how to best capture those. After watching this video you’ll know exactly what to look out for on your next seascape photography trip.

Finally a word of caution. You should always be prepared to quickly retreat to a safe position, if you photograph close to the shore. Even if the sea appears calm, all of a sudden a larger wave might roll in and you really don’t want to get washed out into the ocean by such a rogue wave. Here’s a link to a video by Brent Pearson, which shows some of the dangers. In such a situation you can be lucky, if the worst that happens is that you and your gear get a bit wet.