Back when I bought the Surface Pro 3 a few months ago I wasn’t totally sure, if it would live up to the expectations I had. I wanted a lightweight travel companion for my photo trips, on which I could also process photos. A good screen plus pen input as I’m used to from my Wacom were needed as well as a powerfull CPU.

After I now had the Surface Pro 3 with me during a four week Campervan trip through New Zealand it’s time to write down some experiences. While travelling the North and South island I used the Surface to import and view my photos in Lightroom, to copy them to an external harddrive for backup, I used it to do some processing in Photoshop and for browsing the internet. 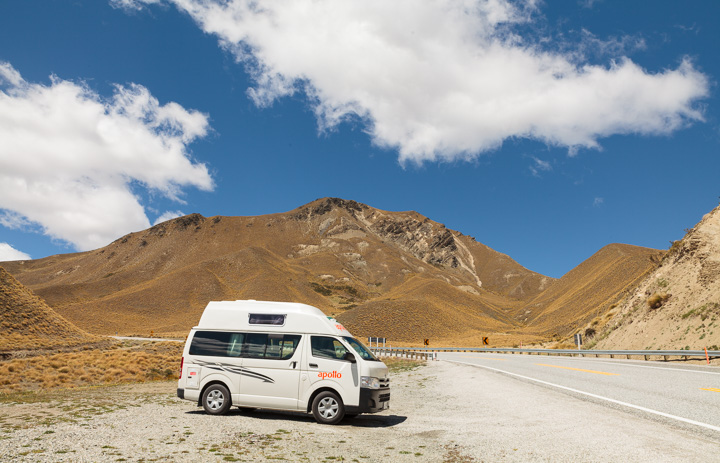 First of all I really like the weight of this device. It’s less than one kilogram, which might be much for a tablet. But for a laptop it’s really nothing, and this is what I use it for most of the time. And even when I use it as a tablet it’s no problem to hold.

It also has a decent battery. While you can’t compare it to the Apple devices, with six to seven hours I still can’t complain. During travelling I need it mainly to import, backup and view my photos and this usually takes no more than one hour in the evening. It draws a little more energy but still it was no problem to use the Surface for three or four days without charging. Most of the time we had a powered campsite anyway and I put it on the charger, if none of my camera batteries needed charging.

Here’s one really neat thing about the Surface’s charger. For one thing it has a very small footprint and it doesn’t add much weight to my travel equipment. And it has an usb port so I can easily charge both the Surface and my selfphone with it. I love those little details that make travelling just a bit easier. 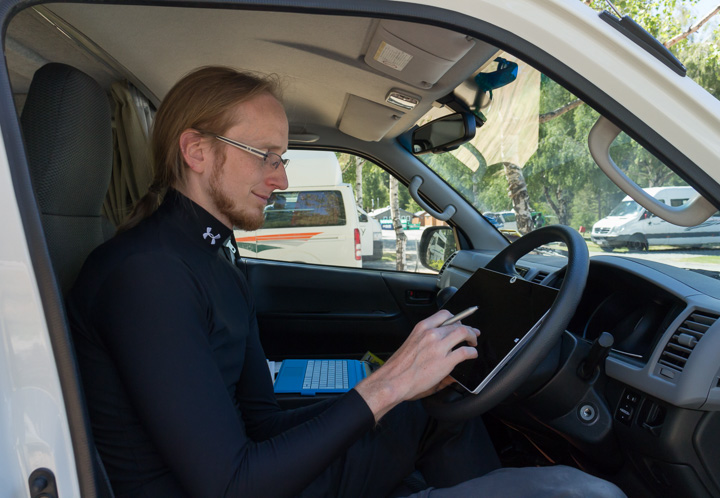 While the screen is not very usable in bright daylight due to it’s reflecting surface, it’s great indoors or when in shade. I had no problems in the campervan. If there was some direct light I just pulled over a curtain. The screen can also be calibrated very well – after a little work – and is really good to assess and edit photos. I especially love the high resolution and the 3/2 format. When I use Lightroom in fullscreen mode it’s the perfect tool to select the keepers. Sometimes I also use it at home for this task.

But I didn’t only use it for photo import and selection. As I wrote in the beginning I also wanted to edit photos on it. And this meant enough power to run Photoshop was needed. Since I went with the i5 Version I was a bit sceptical in the beginning. But together with the SSD and 8GB Ram Photoshop CS6 is no trial for the device. I can smoothly edit my photos and using the pen is just a pleasure. If you are using a Wacom tablet you’ll know what I mean. It’s just great to have this input option on such a small device. The only critique I have is the pressure that is needed with the pen. Sometimes I’d wish it to be a bit more sensitive and I hope a future update will make it configurable. 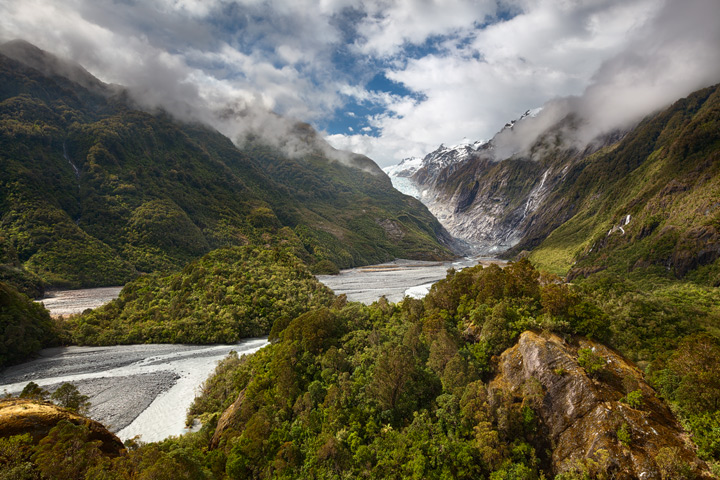 And talking about input options I also need to mention touch. It works very well with Windows 8, especially with the apps. But I also use it on the Desktop. When I go through my photos in Lightroom I go to fullscreen (hitting ‘f’) and then use touch to zoom in and move the photos around to check details and sharpness. From time to time I use a Bambus cloth* to remove the fingerprints from the screen. I use such cloths also for cleaning my Lee filters or my glasses by the way.

Another big plus of the Surface Pro 3 is the power of the WIFI antenna, which seems very capable. We often were in holiday parks with WIFI and even when our campsite was far off from the main facilities I got a good signal in the camper. Often it was suggested to go to the kitchen, if we wanted to use WIFI, but this was never necessary.

One big question I had when I bought the Surface was, if it could really be used as a laptop from a haptical point of view. A real laptop feels more stable on the lap, but with it’s flexible stand the Surface can be used in any position, be it on my lap while laying in the back of the camper or just right in front of the steering wheel, when I sat in the drivers seat (not driving ;-)). Since we didn’t have a table in the van this flexibility was very important.

Also important was to find a good solution to store the surface. During travel it went into my Satori. But while in New Zealand I had to leave it in the Camperavan, stored between my clothes, most of the time. To give it a little more protection I used the Tamrac Zuma 2 bag. It’s the perfect fit for the Surface. I can put the charger and card reader in it as well and it has many small pockets for additional equipment. In my opinion Tamrac should start advertising this bag as a Surface Pro 3 bag. When I searched for a bag I really had a hard time to find a good solution. So I’m even more glad that with the Zuma I found the perfect solution.

All in all the Surface Pro 3 fully lived up to my expectations. I searched a long time for a good travel laptop and what Microsoft did with the Surface was so close to my wishlist that I had to buy it despite it’s price. But honestly I think for what I got the price is justifiable, especially when looking at the other options.