In recent weeks we had lots of snow here in Germany. A lot more than in the years past. So I decided to follow along with a plan I have had for some time now: Photographing the winterly landscapes on top of the Große Arber mountain.

I had already scouted the area a few weeks ago when we had the first snow. It already looked fantastic. 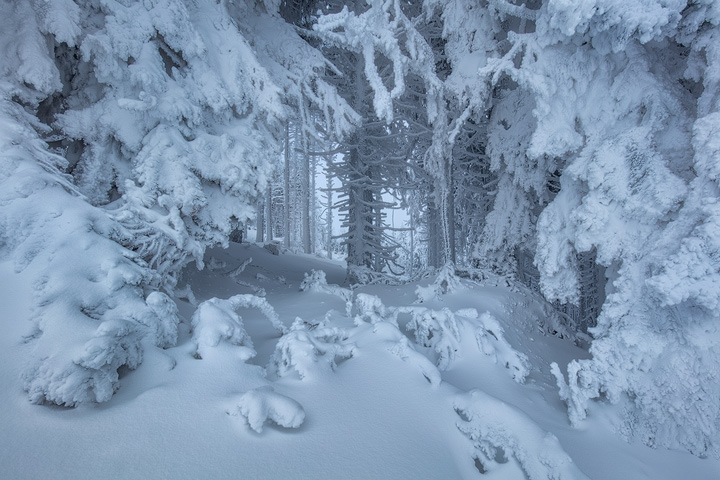 But back then I didn’t have snowshoes. This made getting to some areas very hard as the snow was more than knee deep. I knew that, if I got the chance to return, I wouldn’t do so without the right equipment again.

So I did my research on snowshoes and found that the decision wasn’t as easy as I had hoped. The price range goes from around 60 Euros to 400 Euros and I really had to think about the terrain I would use those shoes in – not only on the Große Arber but also in the coming years. The cheapest shoes where those with an aluminum frame and since I didn’t want to spend too much money I first thought to buy those.

But such snowshoes are not made for walking in steep terrain, since they don’t have any spikes on the sides. So traversing a steep slope as I would have to do at the Große Arber would have been tricky.

In the end I still bought a cheap snowshoe option made by Alpidex*. Those are made of some sturdy plastic and they have sharp spikes all around.

And I don’t regret the decision. This time I didn’t have to worry about getting stuck in the snow and could walk around freely. This was a lot of fun and I was able to get to some areas where the trees were completely frozen. 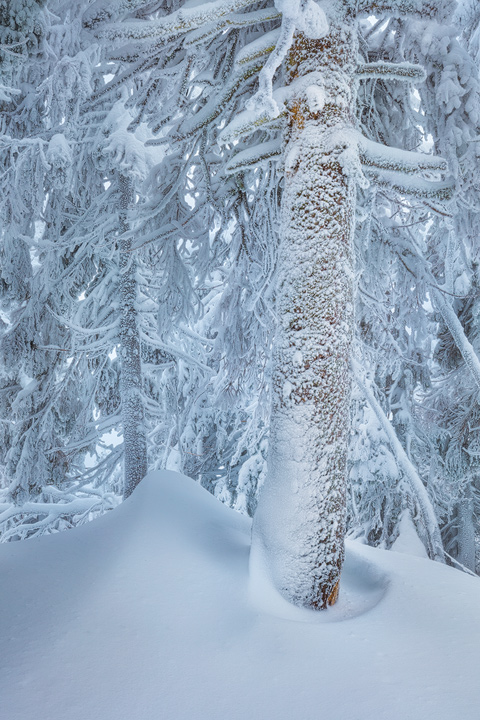 During all of this the snowshoes held up nicely. What didn’t work so well in the cold was my Gopro. I had brought two fully loaded batteries and after less than 20 minutes of filming those were already drained.

Fortunately I was able to warm them up during lunch and could later squeeze out some more video as I went down into the forest beneath the Große Arber. Down there it was a lot harder to find a good scene to photograph, but eventually I was successful as you can see in the video below.

I hope that the photos and the video motivate you to get out and explore, even if it’s cold and grey outside. That’s just the right time to take some different photos, which every portfolio also needs. And as always, be mindful of the nature around you and leave only footprints.

* This is an Amazon Affiliate Link. If you use it to buy something, I’ll get a little commission from Amazon