In the last two articles I showed you parts of the spectacular coastline near Lisbon. Today it's time for a different scenery. Close to the coast, in the mountains of Sintra, grows a magical forest, which in parts is covered completely by ivy. Exploring this fairy forest is something you should not miss, if you are in the area.

After exploring the coast for a couple of days I woke up to thick fog one morning. It shrouded the complete coastline, so I immediately took the car and drove up into the mountains that span the area between Sintra in the East and Azóia in the West. Unfortunately, as I drove higher and higher into the mountains the fog slowly vanished and with it most of the atmosphere that I would have needed for my photos.

Photographing woodland can be very difficult, because there's usually so much going on in the frame with all the trees, branches and undergrowth. Fog helps to simplify the compositions, which is why I'm always chasing it for my woodland photography.

The second best thing to fog is early morning or late evening light. When the sun is still low in the sky and the light is soft, I can use it to create depth and dimension in my woodland photos. And this is what I tried that morning in the fairy forest of Sintra. 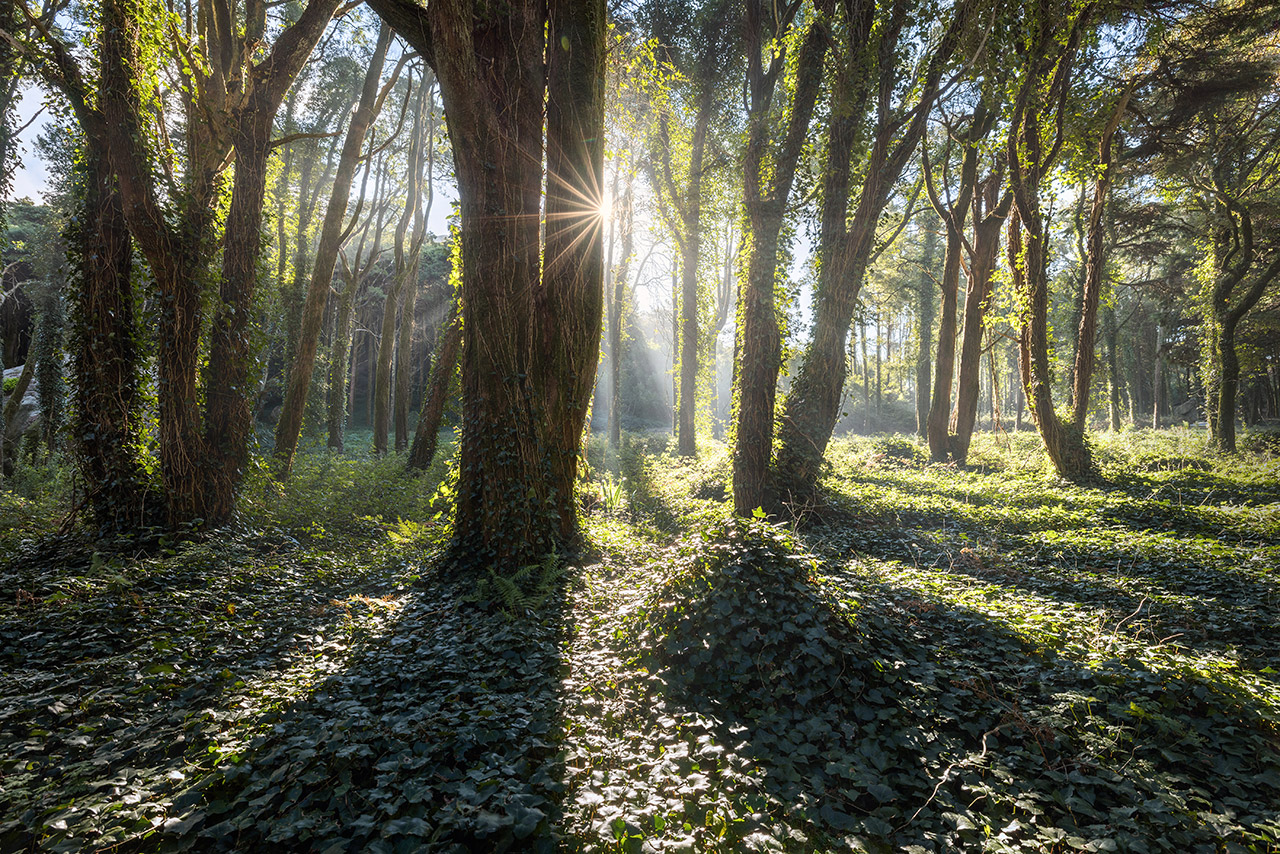 Where the fairy forest is located

Most people who visit Sintra go to the Palacio da Pena, which lies in the Parque da Pena. The first time I visited the area I also went there, thinking this was where I could take magical forest photos of the kind I had seen while doing my research. Those photos were of trees surrounded by ivy, mist dancing around them – scenes like from Lord of the Rings.

But I didn't find those scenes in the park. First of all the area near Sintra is very crowded. It's popular with tourists, there are many paved paths leading through the park and all in all it is too developed for my taste. It is beautiful, don't get me wrong. But for photographers I'd say it's not very interesting, also because of the opening hours.

As I wrote in the intro, the forest spans a much larger area than the Parque da Pena. If you look to the Southwest, you'll find a place called Santuario de Peninha. Start your drive in Azóia and try to reach it by driving along any of the winding roads that lead into the mountains and you'll be rewarded with scenes like in the photos I show here. 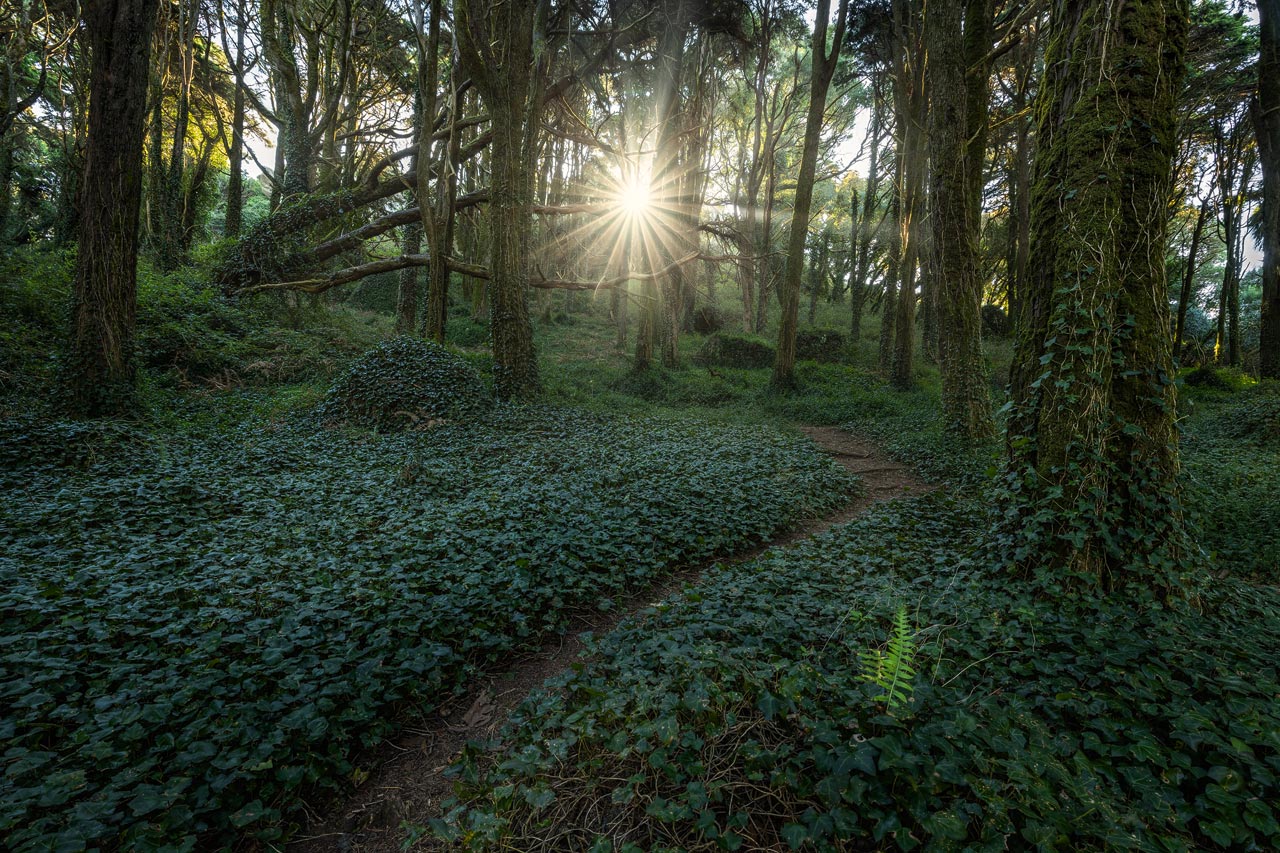 I already mentioned that fog is what you are looking for when photographing this forest. In autumn or spring it's not very uncommon to get fog down at the coast. When we were there we always had a bank of coastal fog lingering around just off the coast and in the morning it would move in to engulf the villages and beaches.

But often this coastal fog doesn't move far enough inland to shroud the mountains of Sintra in mist. That's what happened when I drove up there to photograph. The coast was foggy the whole day, but up in the forest none of it was left.

In addition to coastal fog, wet and rainy weather might also be a precursor to fog up in this area. But in the end it all just comes down to taking the car and making the short drive, possibly a couple of times. Explore the area, find the compositions you like and eventually you'll get the right light. And as I show above, you don't even need fog to create magical photos up there. Early morning light was all I needed, once I found the right grove.