The southern alps create diverstiy in the look of New Zealand’s landscape. They block the clouds coming from the sea, which results in a lot of rain along the west coast. The midlands on the other hand are much dryer. An obvious sign are the colors of the land.

As I drove through the mountains I left the rain behind for some time. Looking into the rear mirror I saw a blanket of clouds covering the peaks. My first stop was Wanaka, which many of you might know from one photo. The photo of that tree at the shore of the lake, which is taken over and over again.

I didn’t come to Wanaka to capture yet another photo of that tree. I had another view in mind. I wanted to hike up Roys Peak, but although it didn’t look like it would rain, neither did it appear to become an awesome sunset. So I opted for a little change of plans.

The forecast two days later looked much better for the Wanaka region. I decided to drive up to Lake Tekapo the next day and come back to Wanaka the day after. On the drive up there I finally found the sun again. Especially the stretch through Lindis Pass with it’s golden hills looked fantastic under the blue sky. 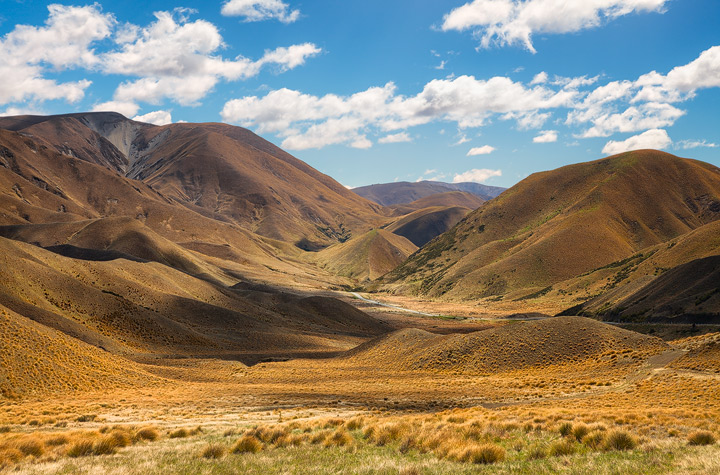 The three to four hour drive to Tekapo wasn’t easy with the campervan. I had to constantly steer agains heavy gusts of wind, which reminded me of the Westerlies I knew from the North Island already.

I was glad when I arrived at the lake but equally dissapointed. The many people weren’t the reason. I wanted to photograph for sunrise anyway and usually there’s not so much bustle then. But the lupines at the shore were blown around by the storm so heavily that I knew I’d have a hard time getting a sharp photo with them in the foreground.

Usually for sunset and especially sunrise wind tends to calm down a bit. But this hope was shattered in the evening when I went back to shoot sunset. The gusts had around 80mph – according to metservice – and at times it was hard for me to stay on my feet. I instantly skipped the idea of having lupines in my photo and went closer to the rocky shore of the lake. I timed my exposures between the blasts to get a sharp photo of this dramatic scene with the clouds looming in the background. 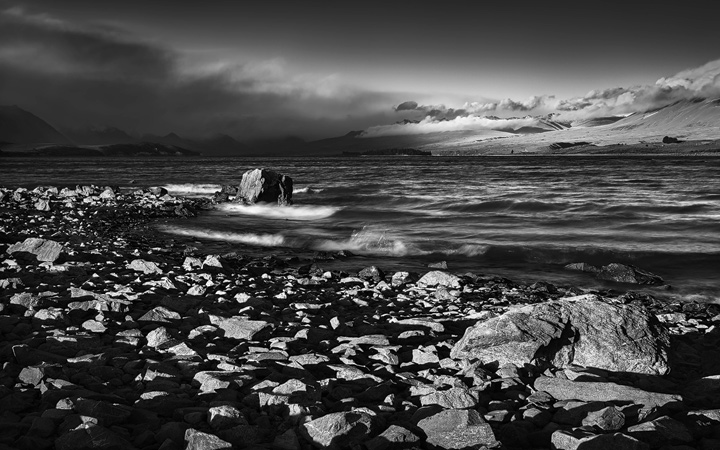 Unfortunately, those clouds didn’t hold back the next morning. Although there was less wind, rain was now preventing a successful shoot. Sunrise dissapointed. After waiting more than an hour for a miracle I went back to the van to grab a few more hours of sleep.

Later the road through Lindis Pass brought me down to Wanaka again and the forecast proved to be correct. In the afternoon, when I parked my camper at the foot of Mount Roy, the weather had improved to a nice mix of clouds and sun. The mountain looked impressive and I knew it would be a good climb up there. I needed a little over 2,5 hours for the 1400m of elevation. The excercise, the fresh air, the wind and the sun, it all made this an invigorating experience. 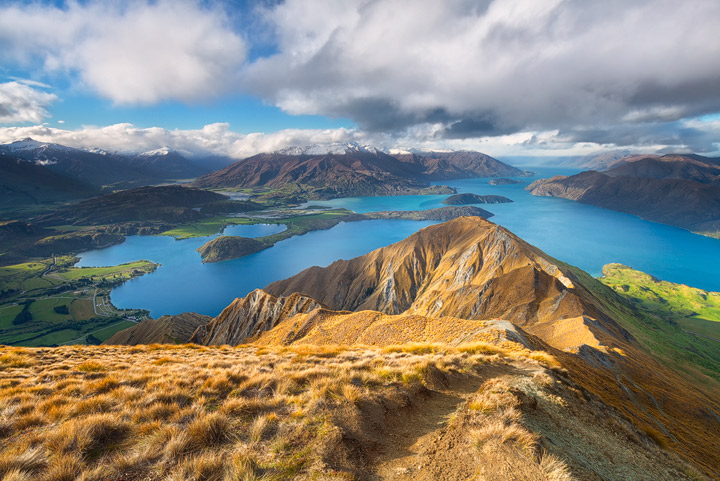 On my way up I encountered a few other people on their descent. It seemed as if I would be the only person up there for sunset and I would have all the great views for myself – perfect. The peak was windy and chilly but I was prepared and just stripped over a few more layers of clothing before I started taking photos.

The two hours up there I had the best time of my New Zealand travel. The clouds moved rapidly across the sky and everytime the sun glimpsed through it was magic. I went from composition to composition, always following the action: First I photographed the slopes of Roys Peak to the west as they got lit by golden light, then god rays in the valley to the south and then again westward as the last light filtered through the clouds. 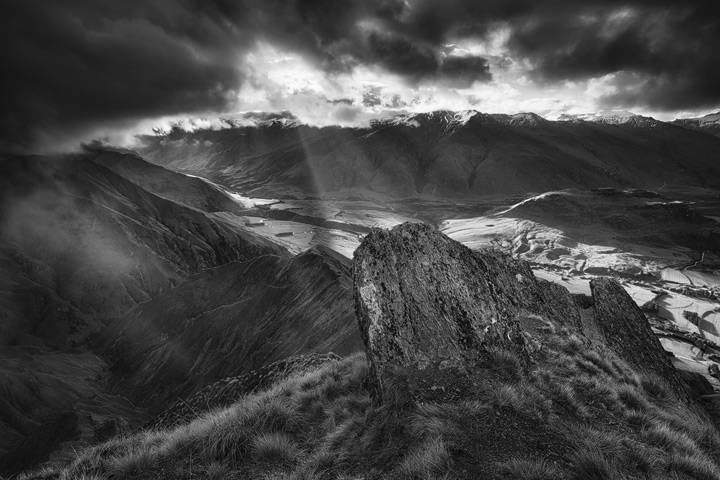 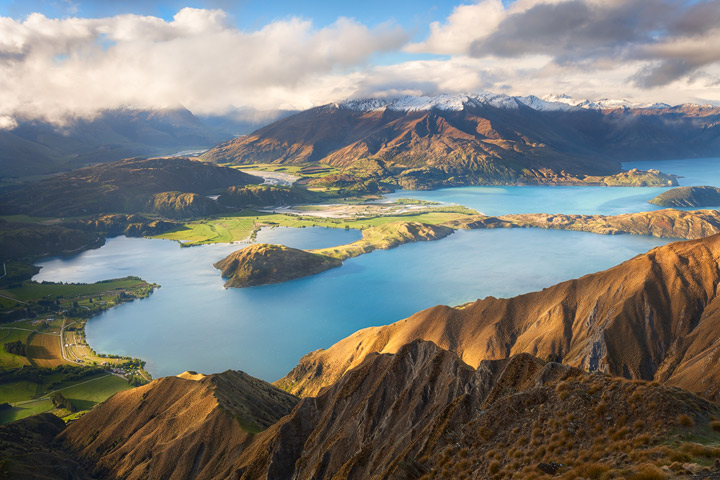 Do you know that feeling after a successful shoot or, if you’re not a photographer, after you achieved something. I felt good that evening when I walked down the slopes to the parking lot. Even if the next days of my journey wouldn’t have brought much good light, I would have been able to live on this successful evening for a few days. What makes the photos even more precious for me was the labour involved to get them.

I think that’s generally the case with photography. I might like the photos that come easy, but I love the ones that don’t – provided that I also captured some decent light. If I have to do a long hike or have to get up early several times in a row until I finally get the shot, this makes the whole experience much more worthwhile and the memories more vivid. And this is what photography is about for me, capturing those memories and sharing them with you.