It’s been nearly twenty years since my first trip to the USA. Back then I visited Chicago for a few days, long before I started with photography. That’s kind of a shame, because Chicago is such a photogenic place.

So, as work required me to travel to Detroit for 10 days last month, I instantly booked my Amtrak tickets for a short weekend trip to Chicago. I had 24 hours there, much too short to photograph all the beautiful views and buildings throughout the city. 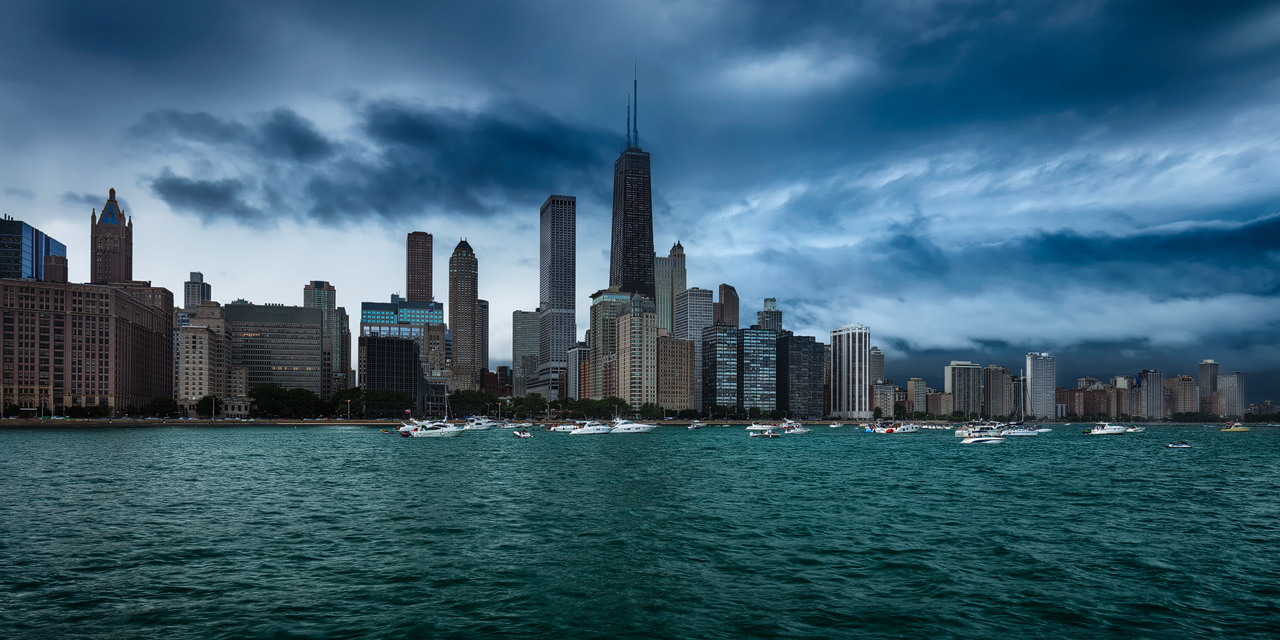 In the end, I had to change my plans a bit. My visit to Chicago coincided with the hottest day of the year, which was accompanied by plenty of rain and thunderstorms. Those storms provided some dramatic skies in the afternoon, which I used to capture the skyline from Milton Lee Olive Park.

After the first storm had passed not one cloud was left in the sky. My sunset location didn’t work at all in these conditions. Instead of sticking around at North Avenue beach I went back into the city earlier than planned. This was a good decision, because it gave me much more time to capture my bucket list shot.

As I came across the view you see in the photo below during my research, I instantly knew that, given the right conditions, it had all the ingredients for a great photo. The deep blue sky of blue hour combined with the warm lights of the city, then some trains captured with a long time exposure: all worked out perfectly. 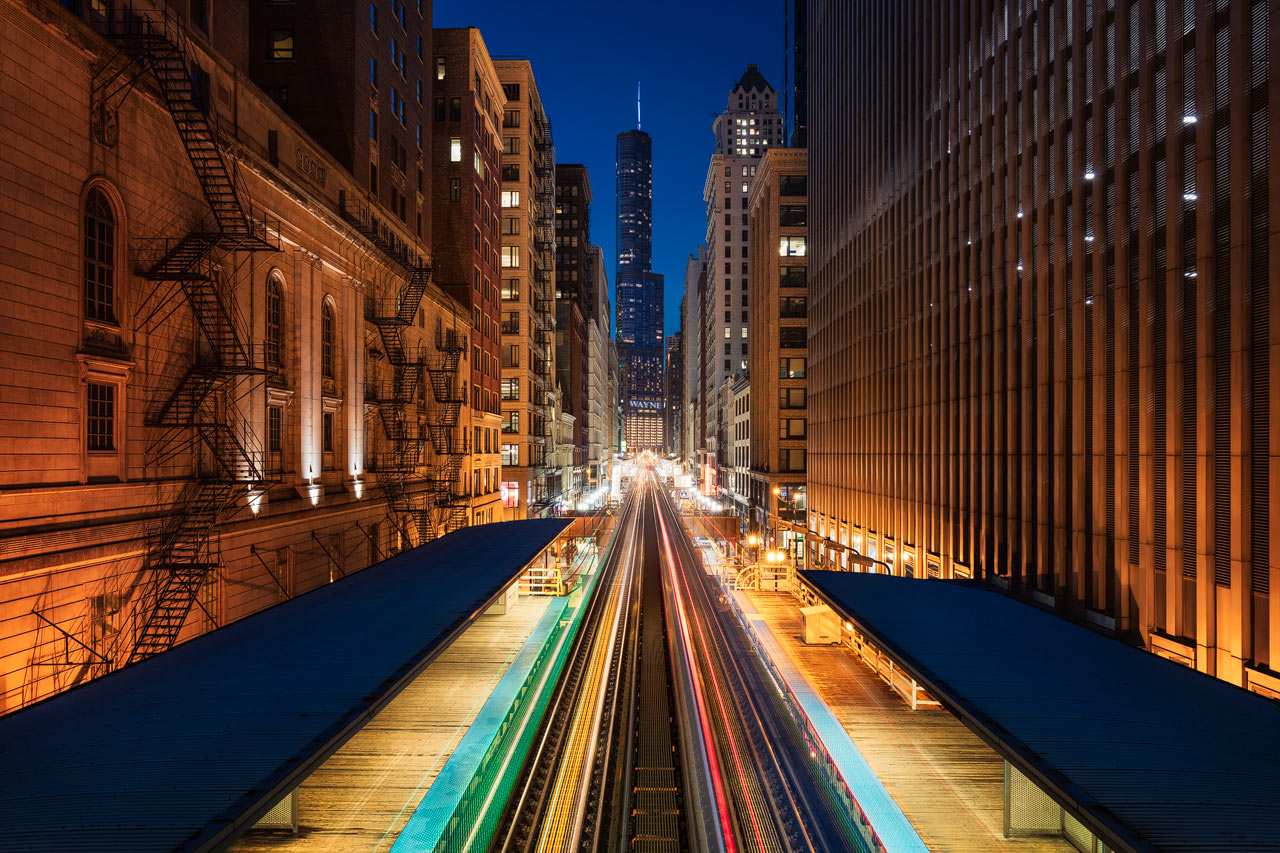 There was also a lot of luck involved. The photo spot is within one of the metro stations and there are cameras everywhere. I was sure that as soon as I would setup my tripod a security officer would come over and remind me that this was not allowed.

My prediction was correct, but it took nearly half an hour until this happened. Long enough for me to capture all the pieces I needed for the final photo. 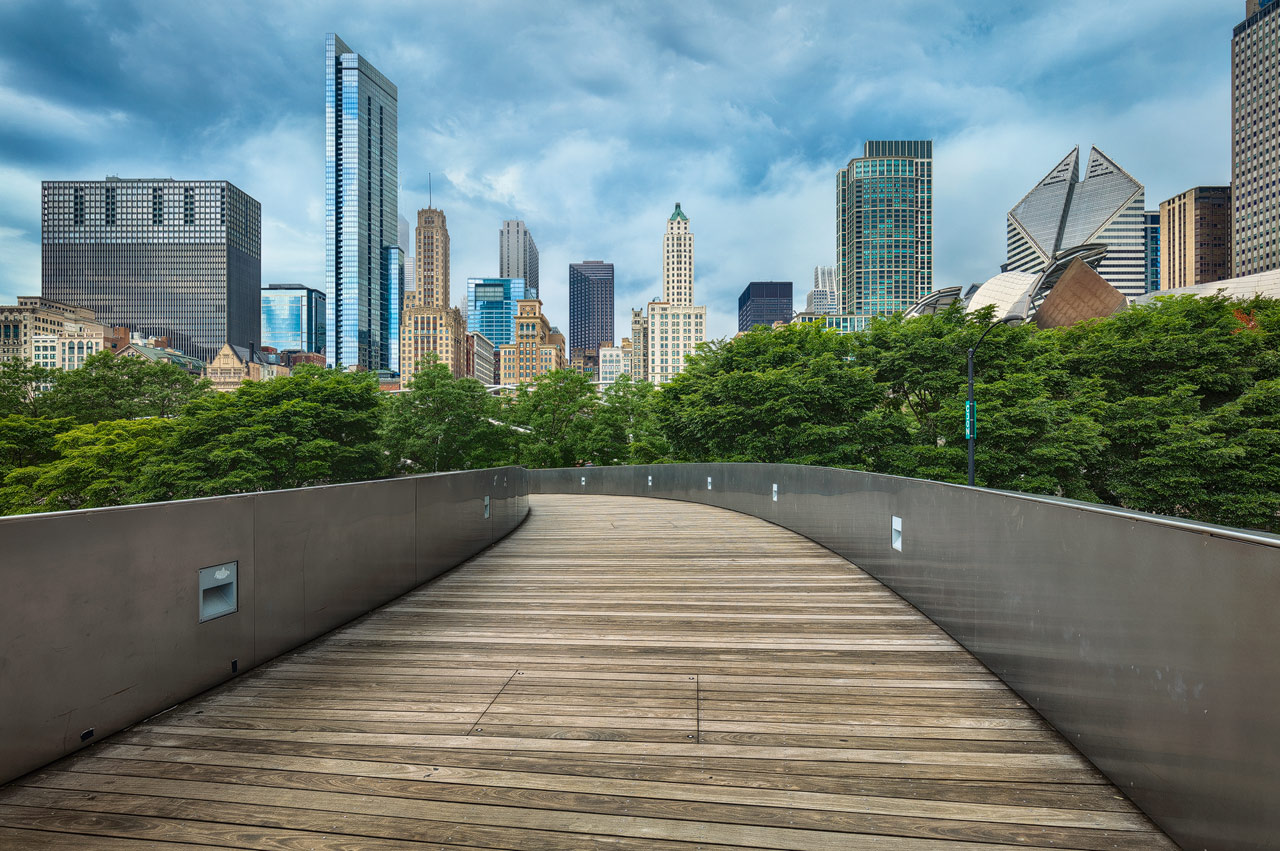 The next morning I got up two hours before sunrise and began to walk to the Adler Planetarium. From there I would have had the perfect view of the skyline. If only there hadn’t been another storm rolling through. The clouds were too low to see much of the skyline and I didn’t fancy getting drenched again.

So I went back to my hostel to catch a few more hours of sleep before I went exploring once more. Without a concrete plan on what to photograph I somehow ended up on the BP Pedestrian Bridge. Although it was the middle of the day the soft light combined with the deep clouds was perfect to capture my third and final photo of the trip.

Same as during my first visit, I left Chicago once more with fond memories – and this time also with some photos. What I love about Chicago, aside from the deep dish pizza, is its proximity to Lake Michigan and the fact that you can walk nearly everywhere. I, for example, walked more than 25km in the 24 hours I had in the city. This was much welcome after my first week in Detroit.