Sometimes my widest lens just isn’t wide enough to capture the scene in front of me in all its glory. Here, Panoramas and Vertoramas are a helpful technique I can use to extend the field of view my camera can capture.

Both techniques require taking multiple photos while either rotating the camera horizontally, vertically or combining both movements to capture multi-row panoramas, which is basically a mix of both a panorama and a vertorama. Those photos have to be stitched during photo editing later. Depending on the complexity of the scene this can become tricky and I have a very detailed tutorial about this process and how I use the free panorama software Hugin for complex editing.

If there are no elements in the close foreground hiding other elements in the background, just using enough overlap is usually sufficient for the stitching software to create seamless panoramas and vertoramas without introducing parallax errors.

If I have to deal with parallax, I can use a nodal rail or some special panoramic tripod head, which allows me to rotate the camera around the nodal point – no parallax point.

For vertoramas though, there is often a simpler solution. When I photograph landscapes or cityscapes I sometimes have to sacrifice parts of the sky in order to capture enough foreground. This compromise doesn’t always benefit the image. Some elements might end up too close to the top of the frame, which unbalances the composition. 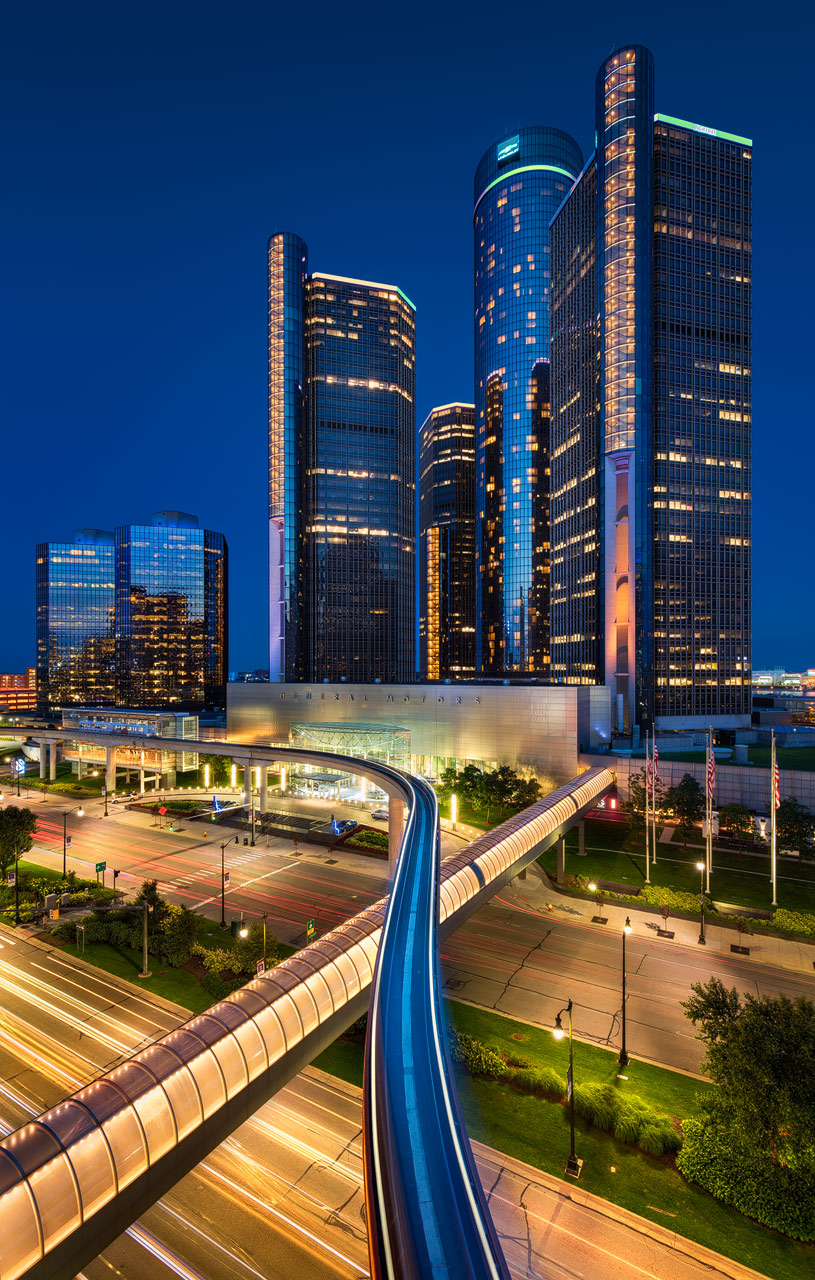 What I usually do to fix this problem is to take another photo with the camera pointed upwards a bit, once I have finished taking the main photo. To simplify the stitching process, I make sure to have all important, detailed elements in the main photo. With the second photo I focus just on the sky.

Stitching both frames to a vertorama will later happen in the sky, which is usually much easier, because there I have to deal with less details that have to overlap.

In the two videos below I show exactly how I do this. In the first video I work on a cityscape photo, where one of the buildings got very close to the top edge of the frame.

In the second video I show an example with clouds. Here you’ll see how easy it is to get a convincing result without the need to transform the main elements of the scene – in this case the mountains.

Now you might ask, why I not just let the software handle the stitch for such vertoramas? Doing this, what usually happens is that, depending on the projection I use, all photos are distorted somehow to achieve the necessary overlap. For some scenes – especially architecture – this distortion can introduce problems. For example, in the form of curving lines on straight facades. To avoid this, I rather use the photo editing techniques I show in the videos whenever possible.