As some of you might know I’ve been travelling New Zealand for four weeks during November and early December. It’s been an awesome time but sometimes quite challenging in terms of photography. I’ve decided to write a few articles about this trip, focussing on the different places I stayed at and photographed.

After nearly 30 hours of travel Auckland was my first stop. I had booked flights with Singapore Airlines from Germany and while they fly the most direct route to New Zealand it was still an awefull long time on a plane. After five or so movies from their infotainment system and a few hours of interrupted sleep I was glad to finally set foot on solid ground again.

When I planned the travel, directly getting the camper and setting off was never an option. I knew I would be tired and so one night in Auckland was booked. It was a sunny day and the harbour was just 20 minutes walking distance from the hotel, so I forgot about my exhaustion for a time and went exploring. 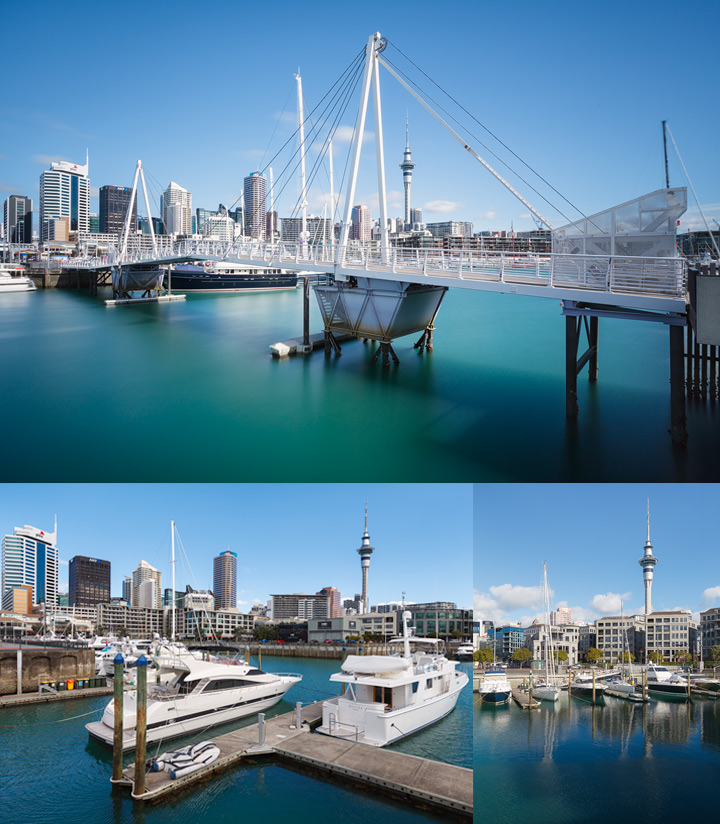 While Auckland is quite a nice City, it’s not a place where I would stay for several days while on a New Zealand travel. The harbour provides some subjects but the rest of the inner city is quite uneventful in terms of photography. You’d need to climb on some of the hills, e.g. Mount Eden, go to the large Yacht harbour or cross the bay for further photo opportunities.

But there was one place I had scouted on google maps, which I wanted to photograph. Along Hopetoun Street is a bridge across the Southern Motorway. This spot is well known by photographers and although it has been photographed a lot I had to give it a try. It was just two kilometers from our hotel, so I used the jetlag and got up 4am the next morning. 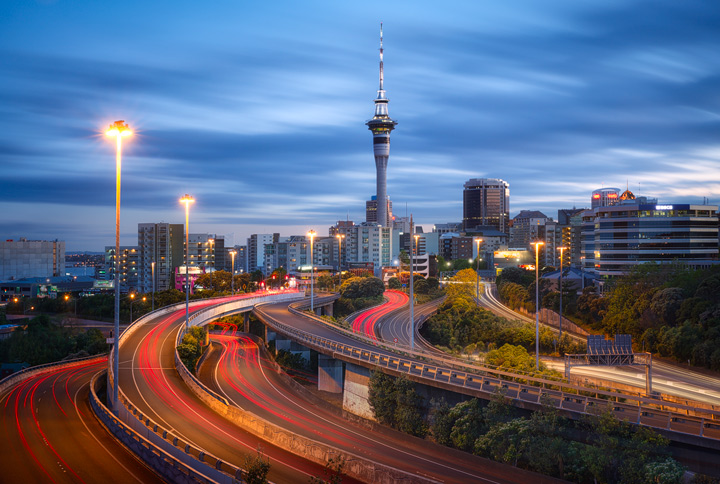 There was no colorful sunrise but the blue hour provided the perfect light for this subject. During several long exposures the clouds showed some nice movement and after aroung 90 minutes shooting this scene in different light I finally felt confident enough to return to the hotel for two more hours of sleep.

Later I went back to the airport to pick up the Campervan from Apollo. After an extended stop at a large Countdown market and the shock when seeing the bill, I headed off to Coromandel.