Vilcabamba is a little town within a mountainous area in the south of Ecuador. It lies at around 1500 meters above sea level and the surrounding mountains rise up to more than 2000 meters. Although I hadn‘t seen many photos of that area I was sure that I’d be able to find some nice viewpoints to photograph it.

But before that we had to spend a few hours on the ecuadorian busses again. First we went back from Puerto Lopez to Guayaquil where we changed busses and drove on to Cuenca. All went surprisingly well. Before our travels I had thought that travelling in Ecuador could become a problem because there was no way to book online and it was hard to find schedules.

But with the busses running in all directions nearly every hour it was easy to get around. Besides there’s a nice homepage called rome2rio, which was a big help to get an overview about possible routes and connections.

The drive to Cuenca was very scenic. On winding roads climbing up to 4200 meters we drove through the Cajas national park. On this four hour bus ride we got a first impression of how thin the air in high altitude is. Cuenca itself on the other hand lies at 2600 meters and at this elevation we experienced only mild effects of the height. 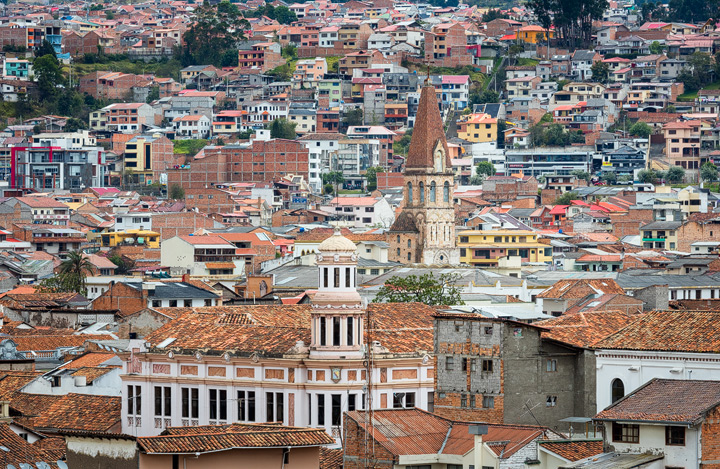 This time Cuenca was only a short stop on our way to Vilcabamba and I didn’t take many photos. But it’s a very beautiful city with nice restaurants, bars, some markets and lots of beautiful architecture. When we visit Ecuador again we’ll have to plan in some more time to explore it. Especially with the Cajas National Park close by it’s a very attractive travel destination.

But so is Vilcabamba and there we had booked five nights in the Hosteria Izhcayluma, which is a great if not the best place to stay and eat in the area. Around the Hosteria the owners have built an extensive net of hiking trails with detailed maps, markings and descriptions. So right on our first day we did a short introductionary hike around the valley to get a first glimps of the area and the surrounding mountains. 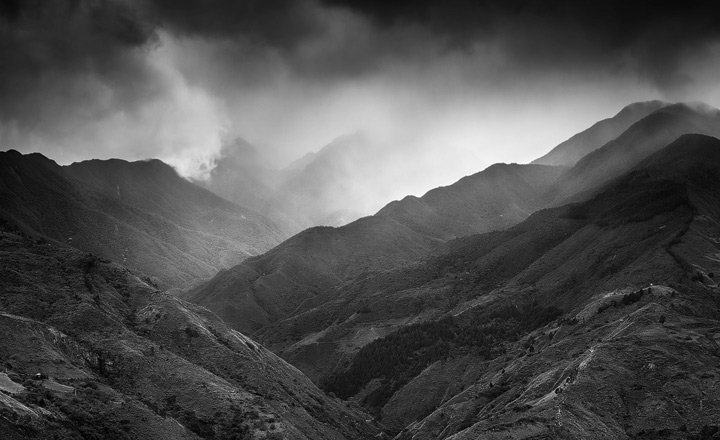 I didn’t expect to find such beautiful views so close to the Hosteria already. Even without the light of the magic hour I was able to snap some moody photos thanks to the dark rain clouds over Podocarpus National Park. This scene was quite normal during our stay, while Vilcabamba itself remained mostly dry.

After a relaxed night and a good breakfast the next morning my photo location was just 100 meters from our bungalow and right next to the restaurant of the Izhcayluma. The view down towards Vilcabamba was one of the main reasons for the owners to build it on this hill and I totally understand why. The lush green hills looked a bit like a scene from Tuscany in the soft morning light. 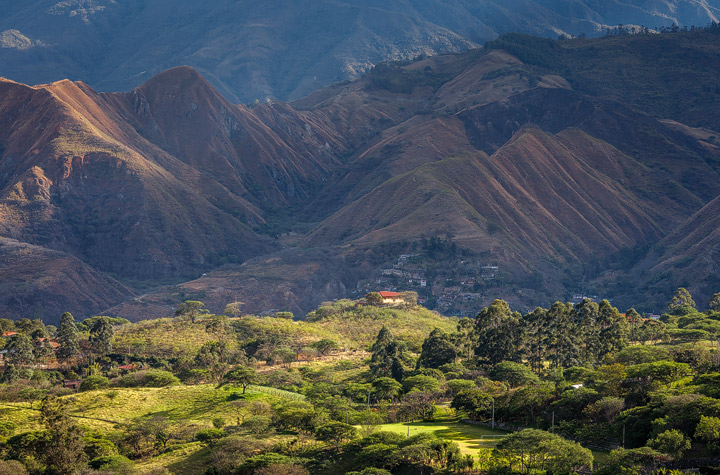 This lookout also proofed to be a great sunset location. After another scouting hike up into the mountains in the heat of the day it was nice to have such a photo spot close by. The light that evening was crazy and up until now mother nature’s best show during our trip. The mountains were glowing, rainbows appeared over the Podocarpus mountains and the light was constantly changing. 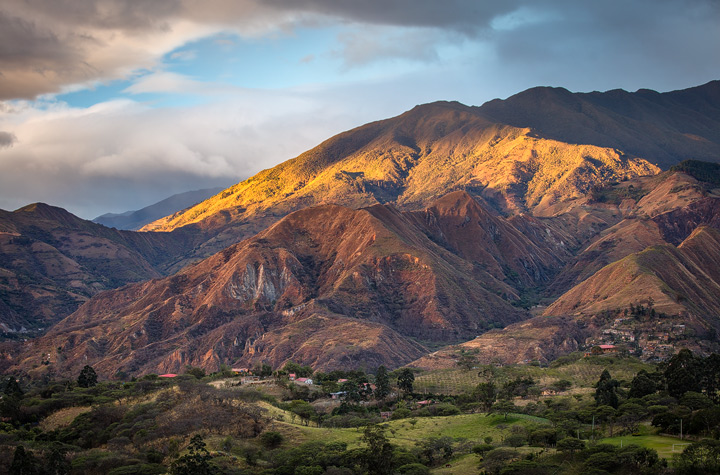 The next morning though a little more effort and planning was required to photograph sunrise. The view up in the mountains, which I had scouted the day before, could be reached by the hike we did during daytime, starting directly at the Hosteria. But I wasn’t sure how secure it was to walk the 6 km in the dark, knowing that there had been robbings on another track just a few years ago.

So I organized a taxi, which brought me to a place where the track crossed the main road a little farther up in the mountains. From there I just had to squeeze below some fences and climb less than 2 km to my desired viewpoint. The light did take some time to appear that morning but as it did it was magical. What a great place to greet the day. 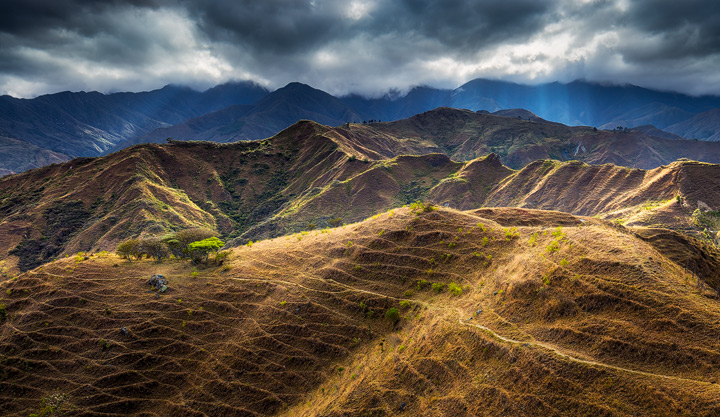 The next days we did a little more exploring and hiking in the area and after five days there was still a lot more to see. I’m sure that even after a week or longer the area wouldn’t have become boring. Photography wise I went up to the above viewpoint two times for sunset to get the desired light over Vilcabamba. Never did I see other people up on the track. 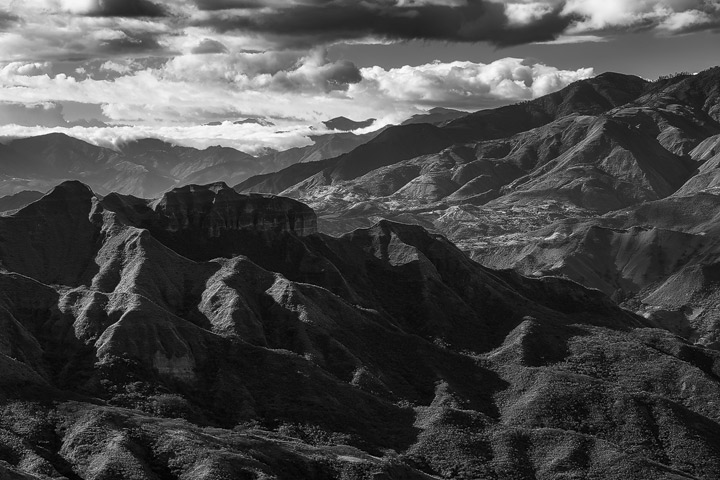 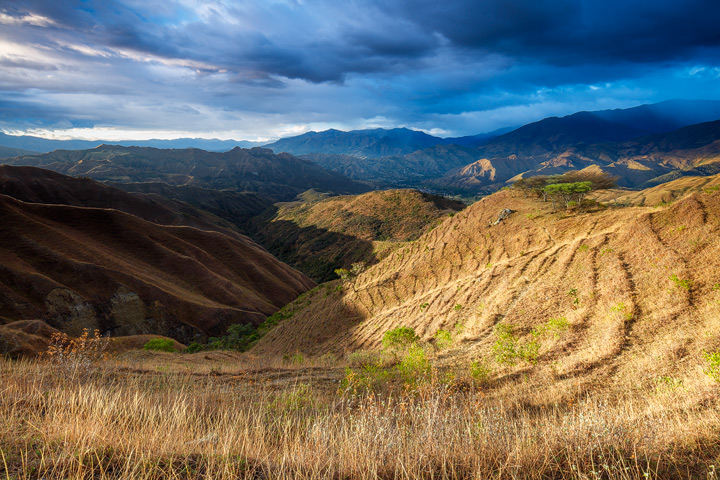 As usual our stay came to an end much too fast and with it also our time in Ecuador. Vilcabamba was our last destination in this wonderful country before flying from Guayaquil to Lima. Ecuador is such a small country but it has so much to offer. But it were also the people we met who made our time there so enjoyable, definitly a great start for our time in south america.