After nine days on the Galapagos islands we flew back to the ecuadorian mainland to continue our travels. In Guayaquil we had a short layover before taking a bus to Puerto Lopez.

A few months ago a heavy earthquake occured in Ecuador, which hit the Manabi province just 100km north of Puerto Lopez very hard. It was not easy to find information about Puerto Lopez itself and we were first a bit uncertain, if the infrastructure in that area was intact again. We had to find out ourselfes.

The bus ride took four hours from Guayaquil. As before when we went to Mindo the bus service proofed to be very reliable. From the bus terminal in Puerto Lopez we then took a little tuk-tuk to Hosteria Mandala. 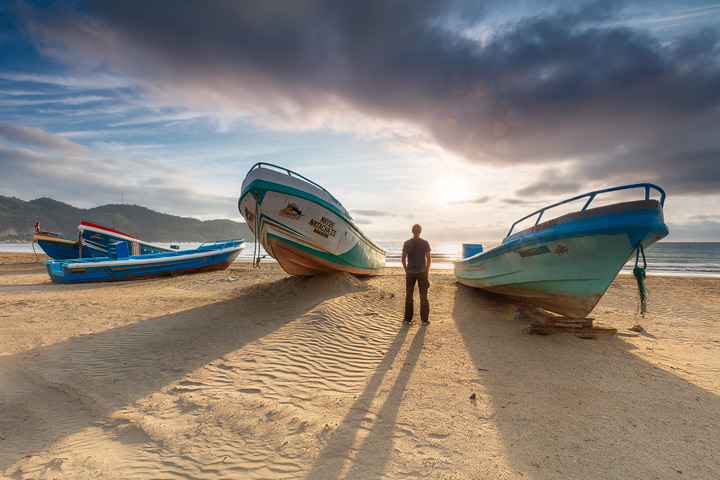 After check-in we didn’t waste much time and went straight down to the beach along which we made our way towards the town center. What we found there were many little agencies offering whale watching tours, little restaurants and hotels, beach bars and lots of construction along the main promenade. It didn’t look like this construction was needed because of the earthquake. It seemed more like Puerto Lopez is preparing to become a more attractive travel location along the ecuadorian coast.

Our main reason to visit Puerto Lopez were the Humpback whales that can still be observed along the cost in September. A simple whale watching tour in Puerto Lopez costs around 25$ per person. Just for comparison, when visiting New Zealand two years ago we payed nearly four times that much in Kaikoura.

We didn’t do the simple whale watching tour though, but went on a day trip to Isla de la Plata on our second day. On the way there the sea was very rough and our little boat got shaken heavily. Because of that I wasn’t able to get proper photos of the five or six whales which accompanied our boat for about 20 minutes before we reached the island. But still it was wonderful to see those huge mammals repeatedly break through the surface of the water next to our boat. 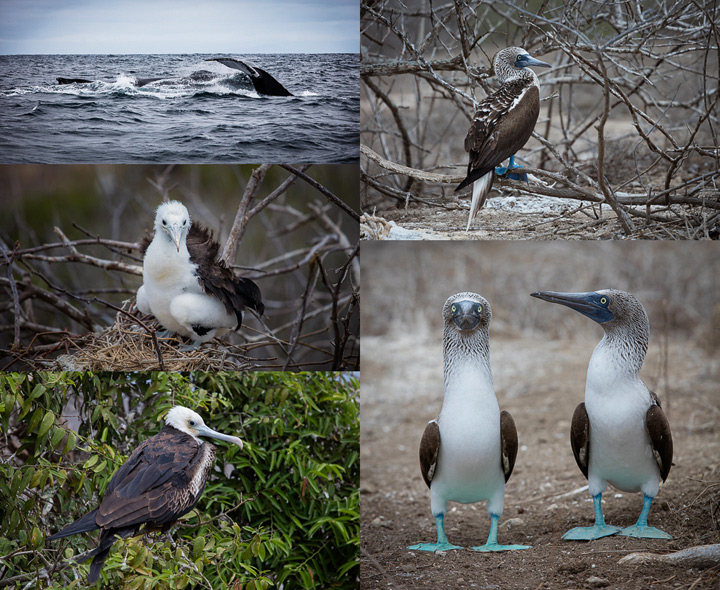 After a total of 90 minutes on the boat we reached the island and I was glad to have firm soil beneath my feet again. Now the hiking part of the tour began. With our guide Jonny we went on a trail around the island along which we saw lots of blue footed Boobies and Frigate birds, much more than we had seen on the Galapagos islands. Again I tried to do some wildlife photography but I have to admit that landscape photography suits me more.

After the hike lunch was served on the boat before we went to feed some sea turtles. The guides had brought lettuce, which they seemed to like very much.

To conclude the tour we went snorkeling in a bay along the island. The sun had appeared by then and again we had perfect visibility underwater. And because the water was much warmer than around the Galapagos Islands we didn’t need wetsuits this time.

The next day we took the bus to the entrance of Los Frailes. This beach is part of the Machalilla National Park and thus we had to register upon entering the area with our passports. To get to the beach there are two options: tuk-tuk or hiking. We decided to do the hike, which took us up through some very dry forest towards steep cliffs with different viewpoints.

Up and down we went and finally reached the first of three beaches, Playa Prieta with its black sand and rocky shore. This would have been a nice spot to photograph sunrise but without a car this was no option and so I tried to make the best of the blue sky and the few white clouds. As so often my Lee Big Stopper helped me in those conditions. 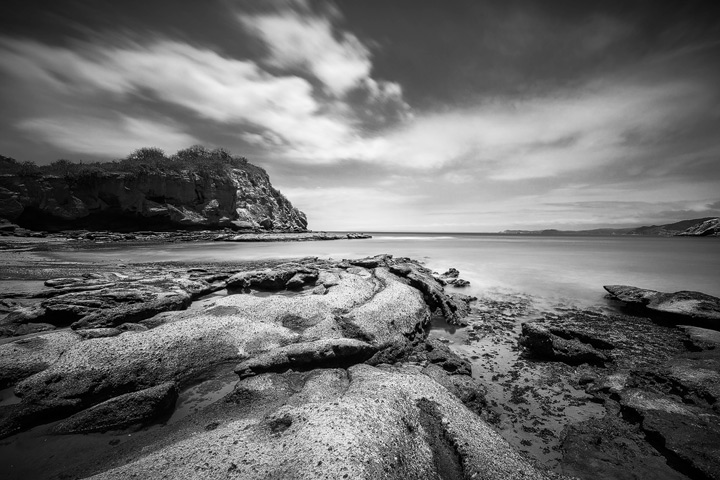 We then went on to the second beach, Playa la Tortuguita. Upon arrival all clouds were gone and the sun burned down on us without mercy. Although this beach was the most spectacular we visited that day I didn’t take a photo. It just didn’t make sense in that harsh light. We sat down for a while in the hot white sand to enjoy the view before continuing the hike to the final beach, Los Frailes.

As usual for Ecuador the park closed quite early so I didn’t even think about photographing sunset there. Instead we went back to Puerto Lopez where I took a few photos of the characteristic fishing boats. From this photo location it was just five minutes back to the hosteria. 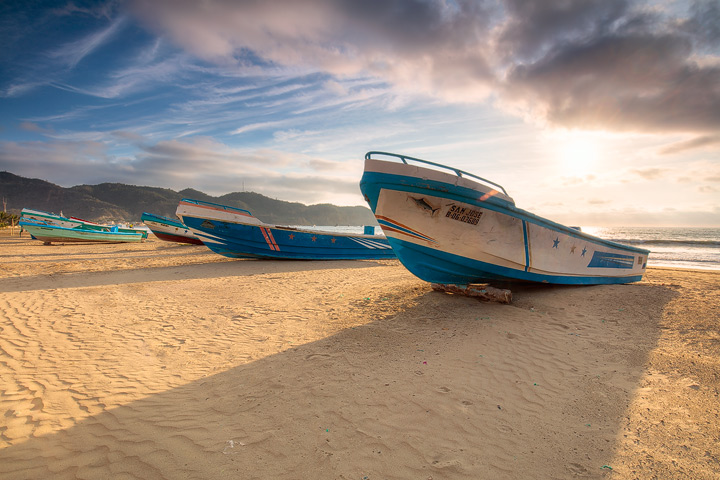 Normally I don’t care, if I have to walk through the dark for hours after or before taking my photos at sunset or sunrise. But beeing in south america I had to be a bit more careful. It’s generally no good idea to carry around much valuables after dark and although I never felt unsafe while in Puerto Lopez I took that advise serious. There would be other opportunities to photograph remote areas at sunset during our travels.

We left Puerto Lopez after four beautiful days, during which time we got a lot for our money. To be honest it was quite a contrast to Galapagos in terms of prices for drinks, food, accommodation and tours. It’s no wonder that places like the Isla de la Plata are also called Galapagos for the poor. For sure Puerto Lopez can’t compete with Galapagos when it comes to wildlife but it’s still a great place to visit along the ecuadorian coast.