Continuing our journey we took a flight from Cusco to Puerto Maldonado, which lies at the shores of the Madres de Dios river in the Amazon rainforest. We had booked a 5 day, all inclusive program at Corto Maltes, so we didn’t have to worry about lodging, tours or transportation for a few days.

What we had to worry about though were mosquitos and heat. As we arrived and left the climatised airport I instantly began to sweat. The days we spent in the rainforest were like a wet sauna, 100% moisture and around 40°C in the shade. And most of the time we wore long trousers and longsleeves. We had entered a Malaria risk zone, so besides using some heavy insect repellents precautions had to be taken, which also included taking Malarone. Not my favourite medicine.

The program we had booked was a good mix of learning about local culture, exploring the rainforest and some time to relax at the lodge. During the hikes we were accompanied by a guide at all times, which was comforting considering all the insects, spiders and other animals, which live in the forest.

Just think of an ant, whose bite will cause you a 24 hour pain comparable to being shot. It’s called bullet ant and right on our first day our guide showed us a tree near the lodge, which they occupied. One advice our guide gave us was to better not touch anything since besides poisonous animals there area also poisonous plants – very soothing.

But we also saw monkeys, giant otters, lots of birds including colorful aras, kaymans, water pigs, tarantulas and butterflies. I think a wildlife photographer with the right equipment – at least a 400mm lense – would have taken many photos. My motivation to take photos though wasn’t very high since the chaotic forest didn’t provide good subjects for landscape photography. And I still don’t get the same joy from photographing wildlife.

So most of the time the camera stayed in the backpack, which after seven weeks of travelling was a nice change. Below I have a little selection of the occasional photos I took during our tours 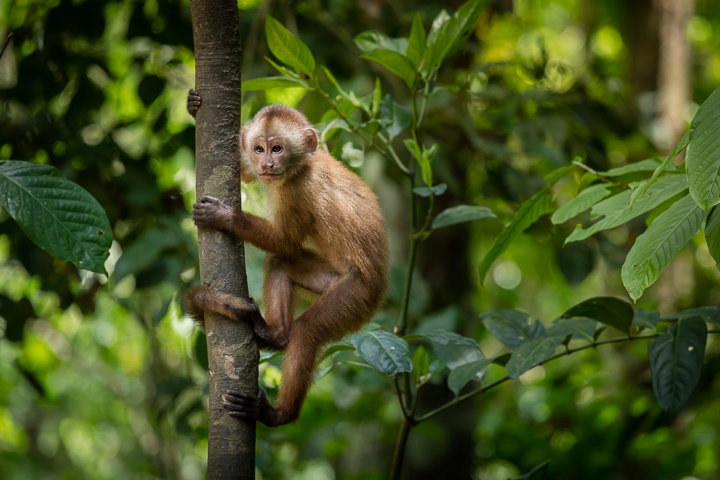 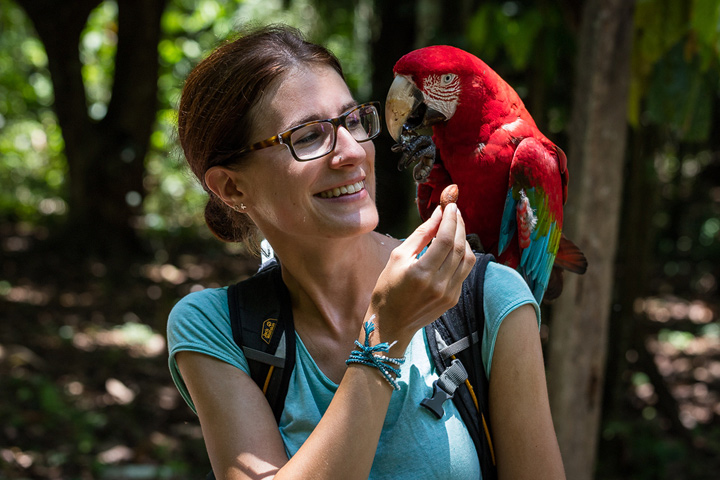 My girlfriend who feeds the Ara Pepe some para nuts 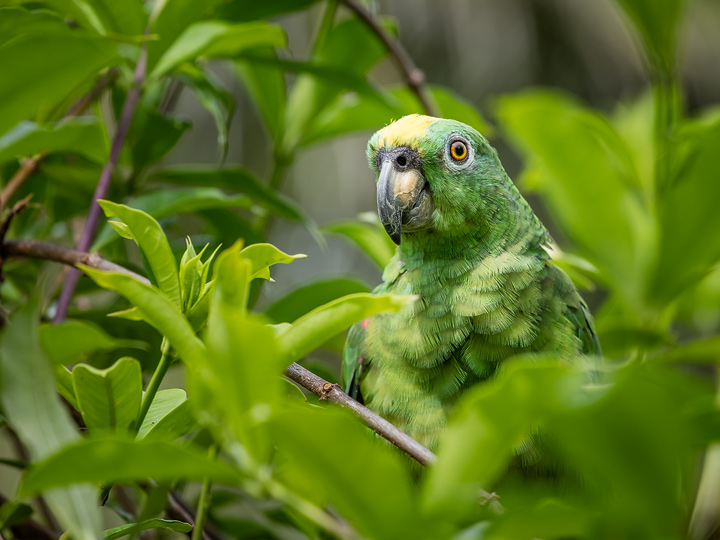 One of the two parrots at Corto Maltes lodge, who liked to greet us with a cheerful “hola” 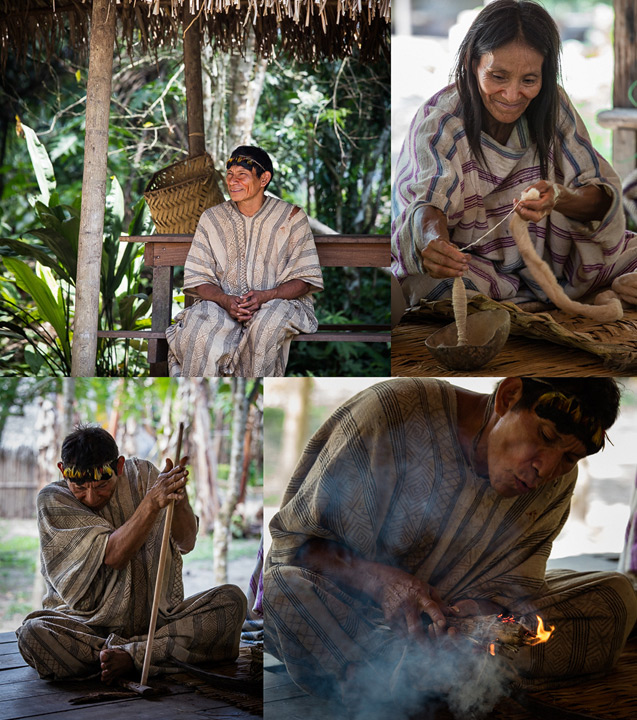 Visiting a family of native Machiguenga, one of the ethnic groups that exist in the Peruvian Amazon 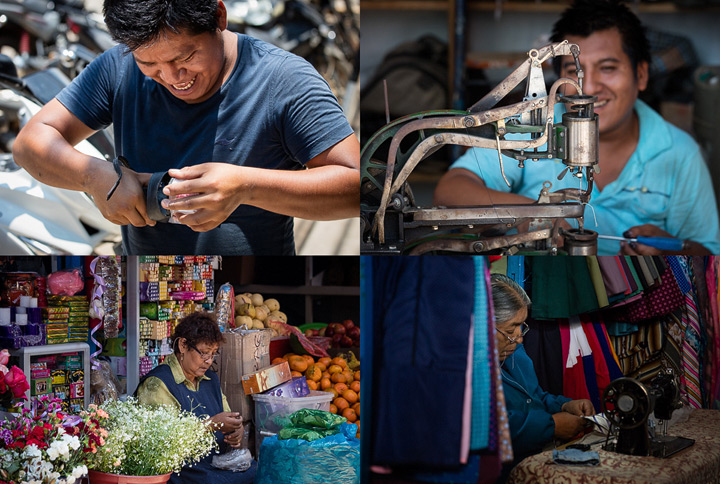 Typical scenes from the market in Puerto Maldonado