Hong Kong is an exciting city to explore and photograph. I had visited Hong Kong for a few days during my travels around the world already. Back then I was there in January and I didn’t see the sun once. Thus, photography wise it wasn’t a very productive trip.

Ever since I had wanted to get back and give it another try. And because I had to fly over Hong Kong after visiting Vietnam, this was the perfect opportunity. And it was great coming back.

While I love to visit new places, it also feels great to return to a country or city and to already know your way around. It can feel a bit like coming home after an extended period of travels. 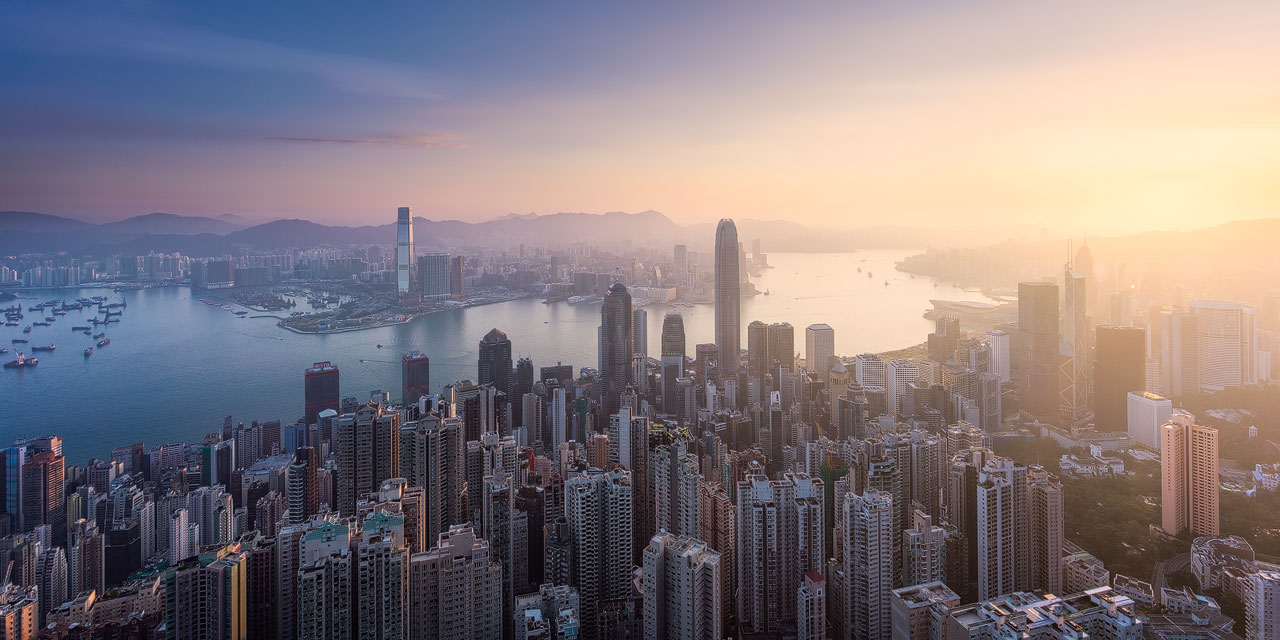 As during my last visit I was staying on Hong Kong Island, which has a very high photo spot density. But before I could start exploring and photographing Hong Kong, I first had to wait out a super typhoon, which was about to hit the city the day after my arrival.

Then, once the winds had subsided, it was time to photograph the streets of Hong Kong. For this I had rented a Canon TS-E 17mm lens. Such a tilt-shift lens is ideal for photographing architecture, as it allows to preserve a straight perspective without the need to tilt the camera. I wanted to use this lens to get a photo of a very special view, which I knew I couldn’t photograph with my 16-35mm lens. 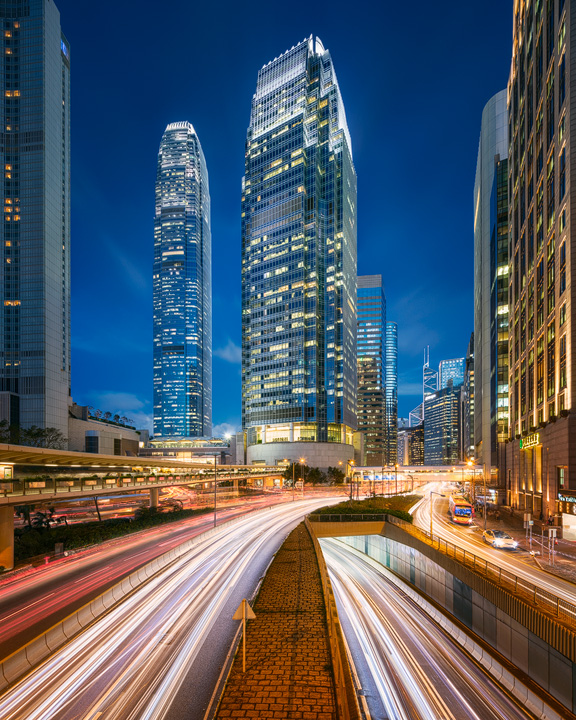 This view is quite popular and it has been photographed many times before. But I didn’t find a photo, which was taken with the camera pointing straight towards the subject. Because of the dimensions of the architecture nearly all the photos I found on the internet were photographed by tilting the camera upwards. This causes the buildings to lean inward in the photo, which I personally don’t like.

As I explain in the video below, taking the photo involved shifting the lens several times to create a huge, 75Mpix Vertorama. The beauty of using a tilt-shift lens to create Vertoramas or Panoramas is that the individual photos will stitch seamlessly without much trouble during post processing.

In the next video, I show you how I did the stitching for the Vertorama and I also talk about the trouble I had, photographing with the Canon TS-E 17mm lens. Because, other than the behind the scenes video suggests, I didn’t get the photo the first time. Because of an extreme degradation of sharpness towards the edges of the frame once the lens was shifted to the extremes, the photos I took were unusable.

So I had to head back the next evening to get it right and to work around the limitations of the lens.

As you can see, with such a tilt-shift lens it is possible to create quite unique photos. But there is also a lot of work involved, both in the field as well as during post processing. I personally find the workflow a bit too cumbersome and I will always prefer to use a normal wide angle lens, if possible. But, if the need to use such a tilt-shift lens will arise again in the future, I’m now prepared and know exactly how to use it.