This November I had planned to flee the cold, grey weather in Germany and head down to Malta for a few days. In November you usually still get above 20°C there and looking at photos of the island it seemed to be a very sunny place.

But as I arrived I was greeted by storm and rain. Not exactly what I had hoped for. The good thing though: it was indeed still around 20°C, which, for late November, was quite nice. But what about photography? Many of the photos I wanted to take required some colorful light in the sky and also some sun.

It’s true that after storm and rain I often got the best light in the past. But for this to happen the storm had to stop, which for the first two days it never really did. 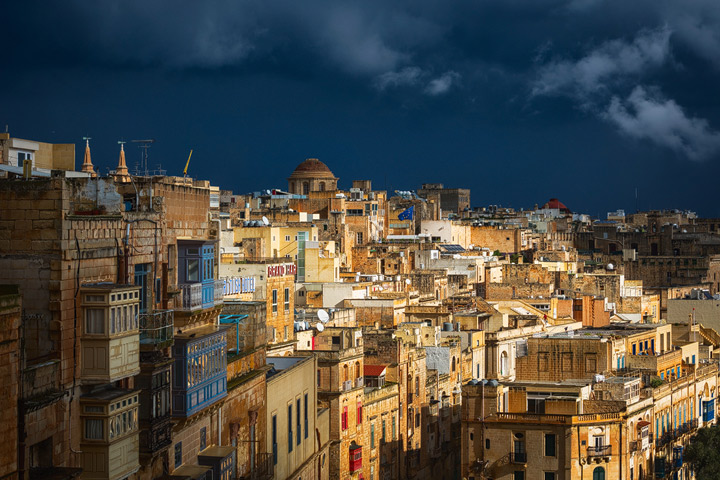 I still used the time to scout and explore. I found Valletta to be the perfect place to look for subjects that also worked in rainy conditions. And I even got lucky as the sun peeked through the clouds for a few seconds when I was photographing the roofs of Valletta.

Without the light it also looked nice, but when the sun bathed some of the buildings in golden light this created the perfect contrast to the dark sky above.

The last two days I also got some sun. I ventured out to explore some of the coastlines of Malta. But not before taking another photo of Valletta’s skyline. I went to Manoel Island, which since one year had opened its gates for the public again. 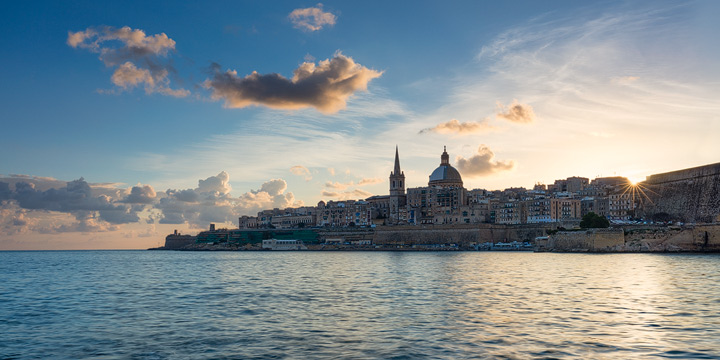 Of the rest of the island I found the Dingli Cliffs and Gnejna bay the most beautiful locations. The Dingli coast is excellent for hiking and also provides various spectacular viewpoints. And Gnejna bay with its fortress like limestone structure is the perfect sunset location.

Only the light wasn’t always in my favour. But as you can see in the video, I got some keepers out of this trip.

As the video shows, even when the weather is not ideal for photography, it’s possible to take some good photos. The important thing is to know, which subjects work under which weather conditions, and to pursue those.