The fourth part of my New Zealand travel brought me from Hobbiton to Castlepoint in the south-east of the North Island. As I wrote in the previous article I had originally planned on spending the weekend in Tongariro National Park. But plans had to be changed due to the weather.

The drive into Tongariro National Park was arleady quite frustrating. I had expected to see a raw landscape with two iconic mountains rising to around 2500m from the high plains of the park. But I din’t see Mount Ngauruhoe or Mount Ruapehu at all. The rain was very persistent as I approached Whakapapa Village and I was thankfull for the warm and large common room in the holiday park where I would be staying the night.

Here I could finally check the weather forecast again. It looked even worse than the day before and it was quite clear that I wouldn’t be able to do the crossing the following day. The winds were too strong and with constant rain it would have been too much of a gamble to do the hike.

So instead I grabbed the NZ Frenzy book for the North Island and searched for an alternative. The only area where sun could be expected the following day was in the south-east. And with Castlepoint I found a very interesting location just there. Although I was very dissapointed that I wouldn’t see Mount Ngauruhoe, which many of you will know as Mount Doom from Lord of the Rings, the descision was made to leave Tongariro very early the next morning. 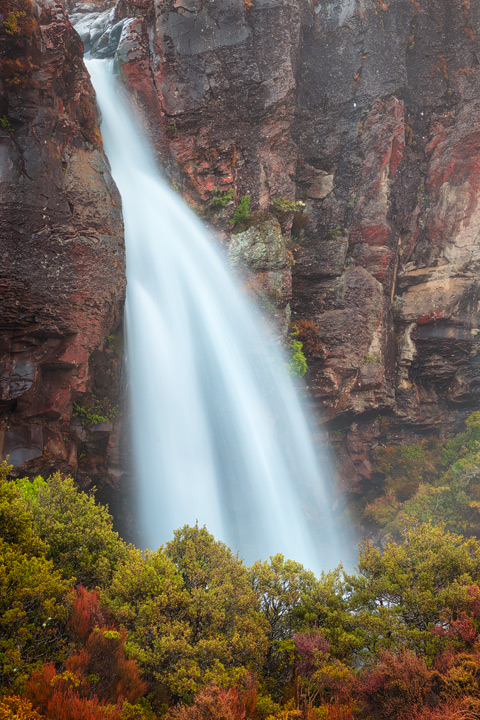 But I couldn’t just leave without any photo. The hike to Taranaki Falls can be done in around 45 minutes (one way) and waterfalls are a perfect subject in rainy conditions. As I started the hike the rain even stopped and for the next two hours I enjoyed a very pleasant walk through the harsh landscape of the park while encountering nearly no other people.

I did an extended photography stopp at the falls, which were in full power. The vegetation and rocks around the cascade glowed in beautiful colors and I tried some compositions that were solely focussing on the waterfall, the rocks and the bushes in front. 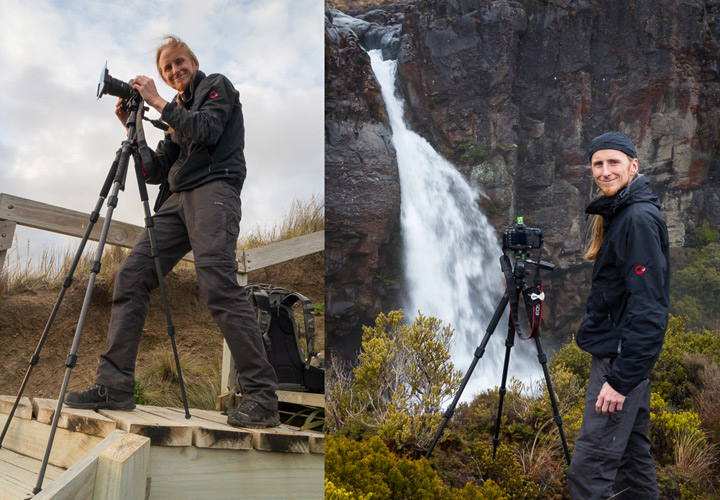 I awoke early the next morning after a very cold night. It was raining again, more even than the day before. After a quick breakfast I started the five hour drive to Castlepoint. The more south I went the more often the sun glimpsed through the clouds. But only as I went through Masterton it seemed to have finally won the battle. The forecast proofed to be true.

Castlepoint was a nice little town which was still in it’s winter sleep. Besides some locals there were nearly no other people. I only had to share the campground with one other campervan. The location was great and I could park the van close to the mile long beach with view to the lighthouse.

In the NZ Frenzy book a hike up to Castle Rock was recommended as offering some spectacular views. And the author really didn’t exaggerate. Standing up on Castle Rock with it’s awesome 360° view was my favourite moment of the week I had spent on the North Island. 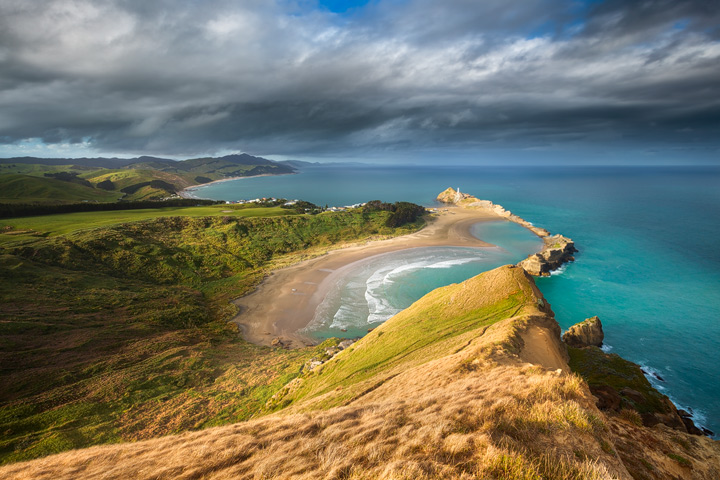 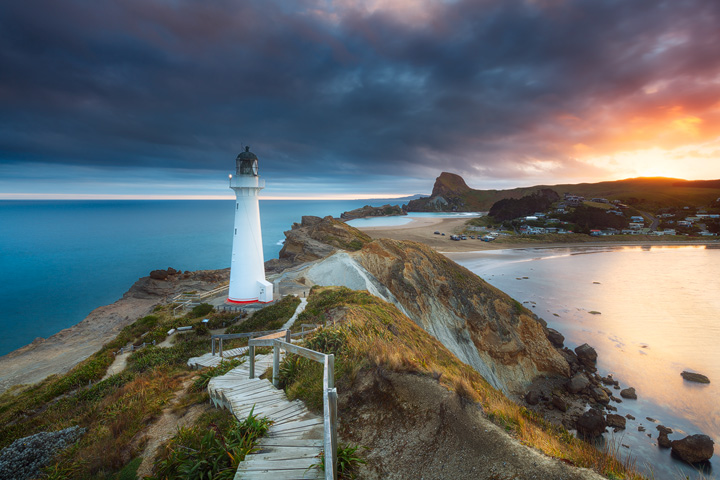 For sunset I quickly hiked over to the Castlepoint lighthouse, which you see at the other side of the lagoon in the photo I took from Castle Rock. The clouds looked promising and I was finally able to photograph my first spectacular sunset of the trip.

The next day it was only a short drive over to Wellington where I spent one night before taking the ferry to the South Island. The rain was back in force then and I didn’t get my Wellington photo from Mount Victoria. Instead I visited the Weta Caves, which I can recommend to anyone interested in how the costumes and weapons for Lord of the Rings and many other films are designed and produced.