After leaving Coromandel my next stop was one of the film locations from Lord of the Rings and the recent Hobbit movies – Hobbiton. I was very excited to finally see those green rolling hills myself. I had booked one of the last movie set tours at 4:30pm in hope for some nice evening light.

But first there were nearly four hours on the road ahead of me. Driving in New Zealand really takes time. Not only because of the scenery and the many stops you can make along the road. There’s also the speed limit of 100km/h and if you have a camper the progress can be even slower. On an average I made around 80km per hour in the four weeks of travel. This meant a lot of time was spent on the road.

From Hahei I first drove down along the coast to Waihi and then through the Karangahake gorge. I made a short stop at Owharoa Falls, which is a very scenic waterfall just a short walk from the road. This cascade is surrounded by the typical ferns you see everywhere in New Zealand and with the sun shining through the clouds the scenery felt very idyllic. 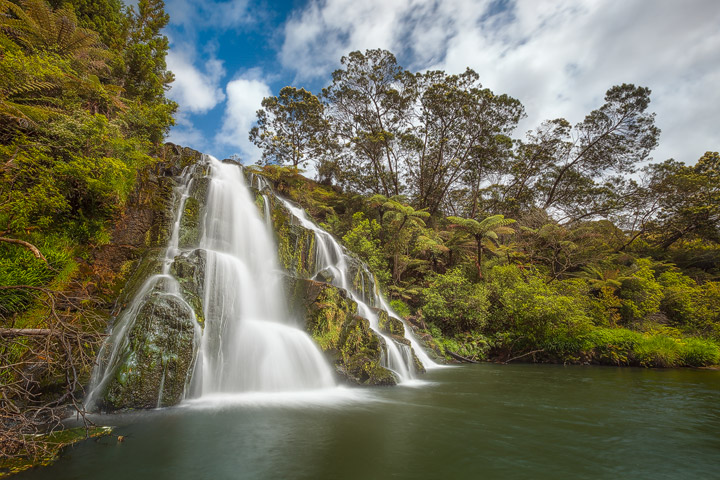 After half an hour of exploring and photographing the waterfall I continued my drive down to Hobbiton. While driving along the Highway down to Matamata I first experienced the strong winds that would accompany me the next three weeks of my New Zealand travels, the so called Westerlies. While Coromandel’s east coast was mostly sheltered from those stormy winds, the western and middle parts of the North Island received their full share of them. It was sometimes hard to keep the Campervan on the road and I was constantly steering against the gusts.

I was glad when I finally arrived at the B&B near Karapiro. Although having a Campervan makes travelling New Zealand very flexible it’s good to have a stay in a B&B or hotel from time to time. A warm shower and some emails later I was back on the road to the farm lands near Matamata.

As I arrived at the Hobbiton Movie set the first thing I noticed were the huge constructions going on along the road. Tourism is a major source af income in New Zealand and for this they really make sure the roads are well maintained. Everywhere I went road improvements were going on. 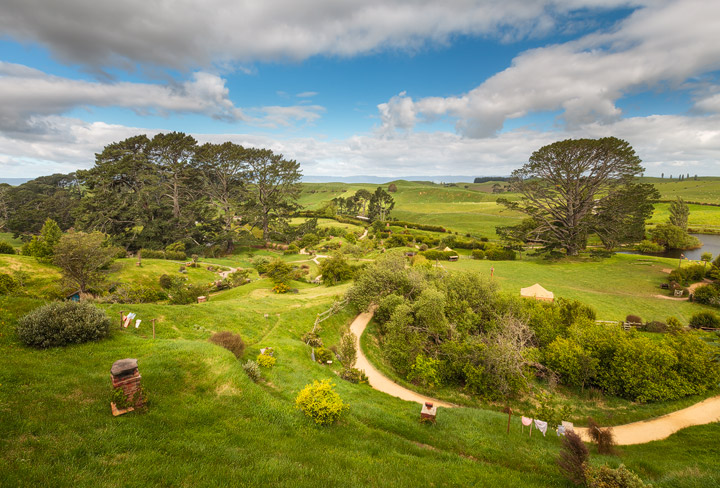 The movie set tour took two hours. We were around 20 people with one knowledgable guide who told many storries about the different Hobbit houses and about the filming. I really loved all the details with the beautiful little gardens in front of the Hobbit holes or some laundry still hanging in the sun to dry.

What I didn’t like was the way we were shuffeled through Hobbiton. This is really no tour for photography. The tour follows a very strict timeline and there’s nearly no flexibility. The reason for this is the frequency of the tours. A tour starts every 30 minutes and if one tour would linger too long in front of one of the houses there would be kind of a traffic jam.

I felt a little rushed but at the end we had 20 minutes in the Green Dragon Inn and I could finally relax with a drink and also take a few photos of the beautifully furnished interior. 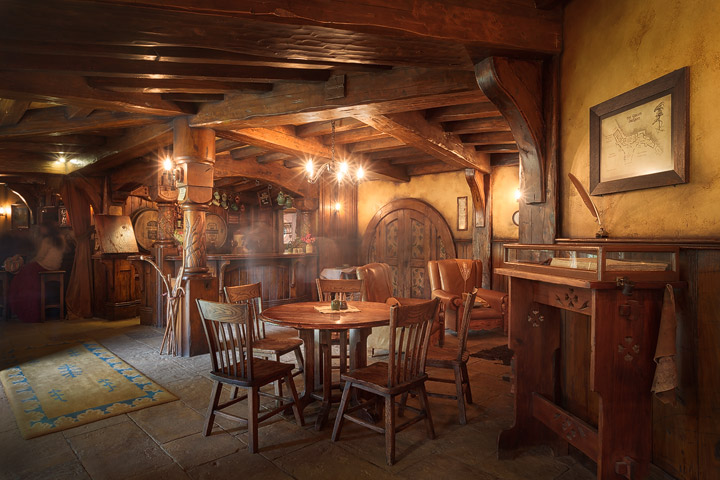 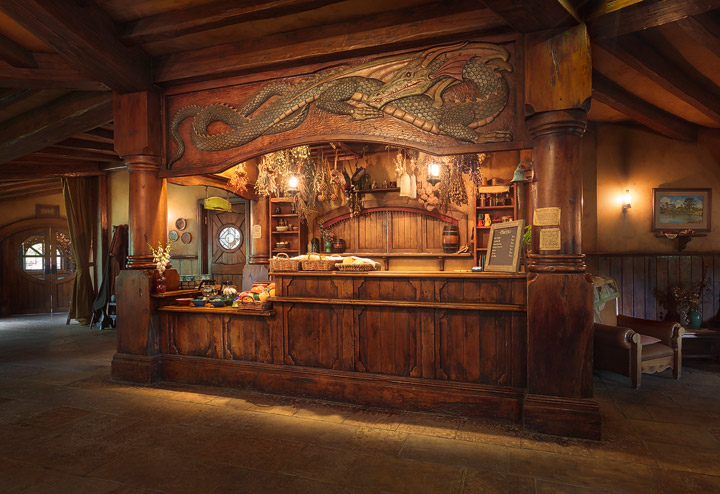 Later the evening I drove around a bit to find some composition for sunset. If you continue along the road which leads to Hobbiton you find yourself in some beatiful hill country. But as in Coromandel the spectacular sunset didn’t happen and I was back in the B&B quite early.

The last task for the day was checking the weather on Metservice. On the coming weekend I wanted to do the Tongariro crossing, but the forecast was disheartening. It’s quite logic that those Westerlies I was talking about earlier blow a lot stronger in the mountains. And 90km/h winds up on Mount Tongariro didn’t sound too inviting.