Five Things to Do Immediately After Arriving in Costa Rica

This is the first in a series of articles about traveling and photographing Costa Rica. To properly start this series I want to give you a list of five things you should do immediately upon arrival in Costa Rica. Those travel tips will help to ensure a smooth travel experience. 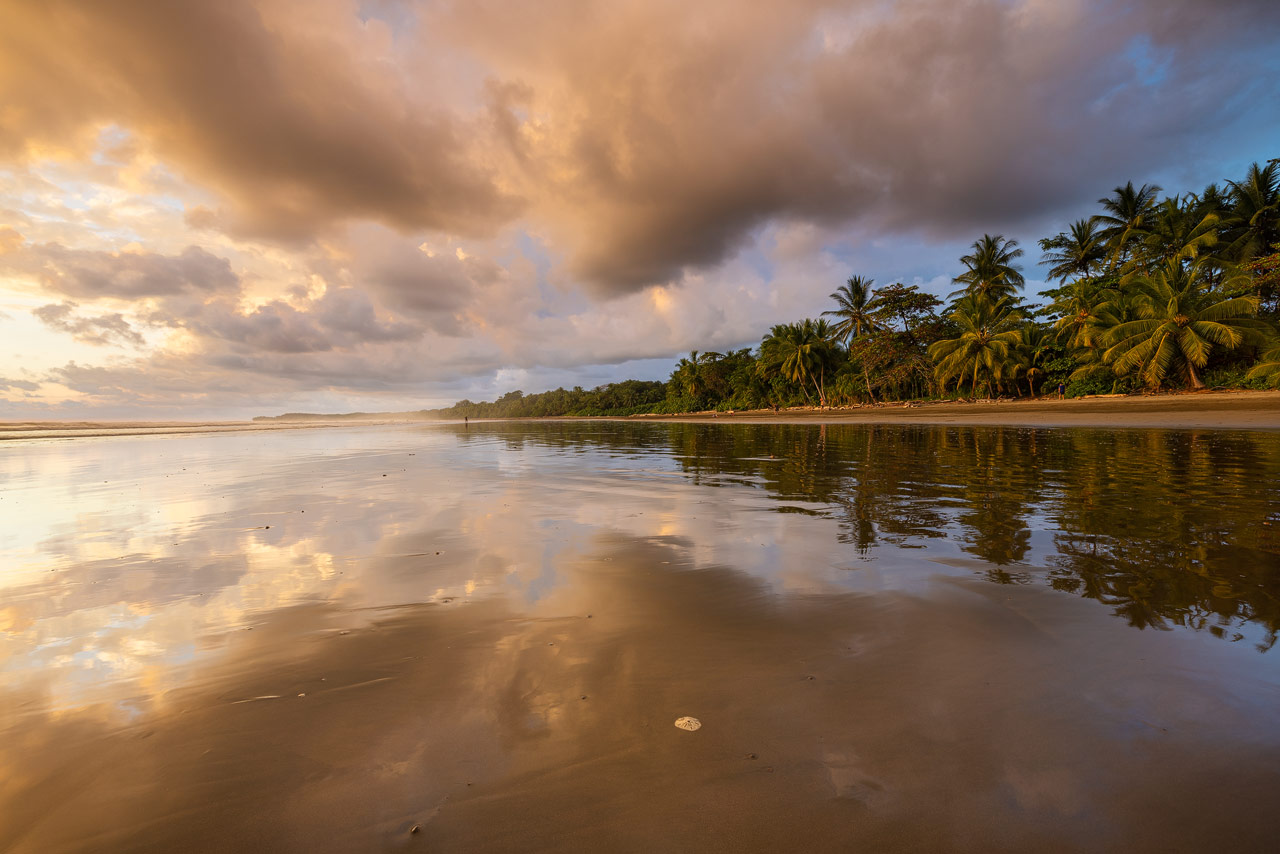 Ok, to be fair, this is something you have to do before you even embark on your trip to Costa Rica and not just upon arrival. The local currency in Costa Rica is the Costa Rican colón and it's also the one that's mainly used. In most places though it's also possible to pay with US Dollars.

So why would you bring US Dollars and not just withdraw some of the local currency at the airport upon arrival? While this works most of the time, my past travel experience has shown that ATMs don't always work. And especially at airports that offer just a few ATMs for thousands of travelers arriving every day, I would not count on being able to withdraw money upon arrival.

Well, as it turned out, the ATM near the baggage claim of Juan Santamaria Airport didn't work the evening we arrived. As I got my turn to try it, 3 other people had already failed to withdraw any money. Had I not brought some dollars it would have been a bit problematic to pay the taxi driver who brought us to our hotel afterwards. Supposedly there is another ATM somewhere on the second flour, but I didn't find out how to get there from the arrivals hall.

Consider the US Dollars you bring your backup. Still try to withdraw local currency as soon as possible – maybe you are more lucky than I was and it works at the airport. This way you can safe money, because not everywhere vendors will apply the current exchange rate when they charge you in dollars. At the least they will round up – sometimes less, sometimes more. To know how much you should be charged, make sure to use an app like CoinCalc.

It is important to mention that you don't need to pay everything in cash. Most places allow credit cards, which is my preferred option to pay – especially in times of COVID. But for Taxis, busses and in smaller shops and restaurants make sure to have some cash on you.

Also make sure to always do your research about the places you visit. Check, if there are ATMs and if credit cards are accepted. As an example I want to mention Drake Bay where you'll currently not find ATMs and where many hotels want cash.

How ATMs work in Costa Rica

I thought I’d also add a small chapter about how the ATMs in Costa Rica work, because in the beginning it was a bit confusing for me. So here is what you have to do:

Before you even get your bags, head directly to the Claro Mobile booth next to the baggage carousels. If you wait too long, there will be a queue. If you were able to withdraw some local currency, you'll get a plan including unlimited WhatsApp, 5GB of data that lasts 30 days for about 10000 colónes – approximately 15 USD. If you only have dollars, they will charge you 20 USD.

Now, Claro Mobile is not the best option for the countryside of Costa Rica. It has good reception in many areas, but in remote locations there'll be no signal. Kölbi is a better option, but even with this provider you have to expect low signal in many parts of Costa Rica. Also Kölbi does not have a booth at the airport. But there is an option to buy a Kölbi card not too far away. If you plan to do a layover before starting your travels, you should consider staying close to the airport instead of heading to San Jose. And if you find a place close to the Alajuela City Mall, you can head there to buy a Kölbi card.

In any case, always try to stay at places that offer WIFI, which is the case most of the time. In addition to that, use offline maps to navigate through Costa Rica. With Google Maps that's possible and even the Waze app, which is widely used in Costa Rica, offers offline capabilities.

Get the Right Taxi

After getting your bags, those will be scanned by customs a final time before you leave the baggage claim area. Right behind it, still inside the same room, there is already a booth where you can reserve one of the official Airport Taxis, which are orange. If you have to go to San Jose, this is an option, but it's a bit pricy.

If you are spending the night closer to the airport as we did in Alajuela, the better option is to take one of the red cabs right outside of the terminal. Those are metered and the price will be less the closer the destination is to the airport. We payed around 4 dollars for the 10 minute ride to our hotel. Prices to San Jose center, I read, are around 20 USD. But from my experience, prices will usually go up to 30 USD based on traffic. We had two metered rides later during our travels and both times we got stuck in traffic and payed 30 USD.

What you should avoid is to take one of the unofficial taxis. Once you leave the terminal, even before you get to the red cabs, you'll be immediately approached by various taxi drivers. When you ask them where they have their car, they'll point to the parking lot at the other side of the street. You should rather decline, even if they might offer you a good price at first. I read some stories that suggest that in the end you might pay more.

I’m not totally against using those unofficial taxis though. Sometimes there might not be another option. If that’s the case, I always try to have my hotel, AirBnb or hostel organize my transport. I’ve done this multiple times and, if my host says he knows a good option that’s safe, I usually go with it. That’s why it pays of to stay in places that have a good rating. I especially look out for places that highlight good communication with the host.

The cheapest option to get to the city is to take the Tuasa bus. The bus station is located on the other side of said parking lot in front of the airport. We used this option once to get from San Jose to the airport and I can recommend it. You'll find some more information on the airport busses here.

If you plan to travel through Costa Rica via rental car, there's no need to get to San Jose. Get a hotel right near the airport, if you arrive late, or immediately get your car and leave for the countryside. We've just had short glimpses of San Jose during our drive to the Tracopa and Mepe bus station, so I don't consider myself a San Jose expert. But most likely, if you travel to Costa Rica, you do so because of its magnificent nature and there's no need to waste time in its biggest city.

If you plan to head into the countryside by bus, there's no way around San Jose, since most bus companies operate from there. To go to Manuel Antonio, for example, we used Tracopa, which has a station near the center of San Jose. We still spent the night in a little hotel near the airport though. The owner was so kind to organize a transport to the bus station for us the next day. We paid 15 USD, which I would consider a good price.

If you follow the steps above, you should have a smooth start into your Costa Rica aventure. In the upcoming articles I will show you the places I visited and give tips on landscape photography in Costa Rica. If you need more information than that, you can check this Where To Go in Costa Rica guide from Costa Rica Escapes. They provide a real wealth of information about Costa Rica.