After exploring the busy streets of Lisbon for three days it was nice to spend another few days at the coast. This time we drove down to the Algarve, which takes between three to four hours from Lisbon depending on traffic. I had been photographing the dramatic coastline of the Algarve back in 2015 and I was glad to return and explore more of its beautiful beaches.

Same as in 2015, we decided to stay in Benagil. It's a small coastal town with beautiful cliff walks starting right at Praia de Benagil. From there it's also possible to explore the many sea caves by speed boat, which is something we did during our first visit. I definitely recommend it.

My goal this time though was to scout the beaches near Albufeira as well as head to the southwestern tip of Portugal, which I had heard also boasts some spectacular beaches. Because it was already December, we didn't have to worry about the beaches being too crowded. Judging from photos I have seen online, visiting the Algarve during main season is something to avoid. From late October to early March on the other hand the beaches are mostly empty with still comfortable temperatures and at least during my visits enough sun.

One of those beaches is Praia dos Arrifes. It's a relatively small beach close to Albufeira. Jutting out of the water in front of the beach are tree beautiful seastacks and I made photographing those during sunrise my first objective. The problem I had though was the presence of too many clouds. 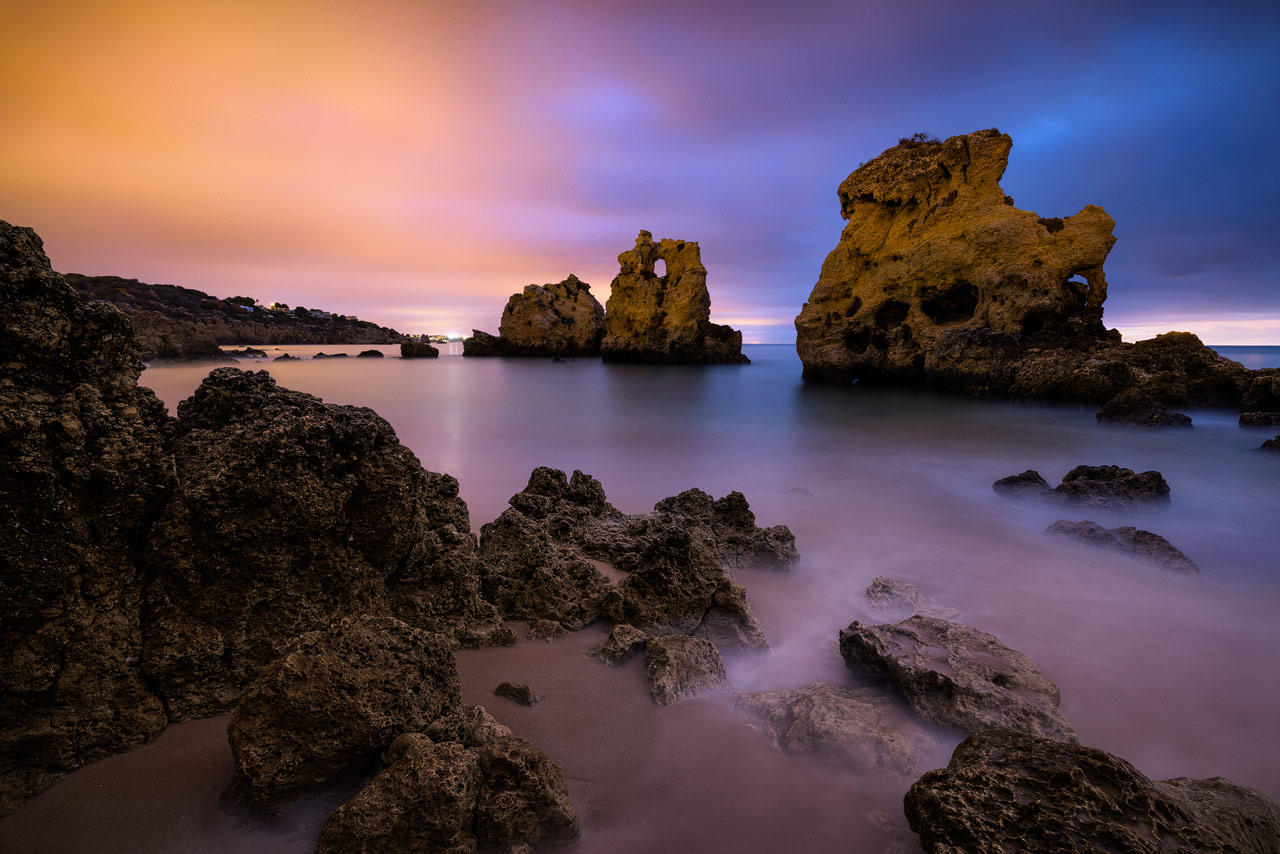 To solve this problem, same as in Azenhas do Mar a few weeks ago, I went to photograph long before sunrise. This way I was able to turn the low hanging clouds into an advantage. With such a sky the sun will often not break through the clouds to light up the sky. But nearby cities can do exactly that. Roughly 45 minutes before sunrise I was able to capture the beautiful orange glow of Albufeira with a two minute exposure.

As you can see it's worth to arrive at a location early and even more so to have it already scouted. When I setup the photo above it was still very dark and had I not known, which rocks to put into the foreground, I would most likely have wasted the good light with searching for a composition.

Preparation was also key for photographing Praia do Castelejo a few days later. This beach releases its full photographic potential only during lower tides as I found out a few days earlier during a scouting tour. With the App Nautide I then made sure to return at low tide during sunset. 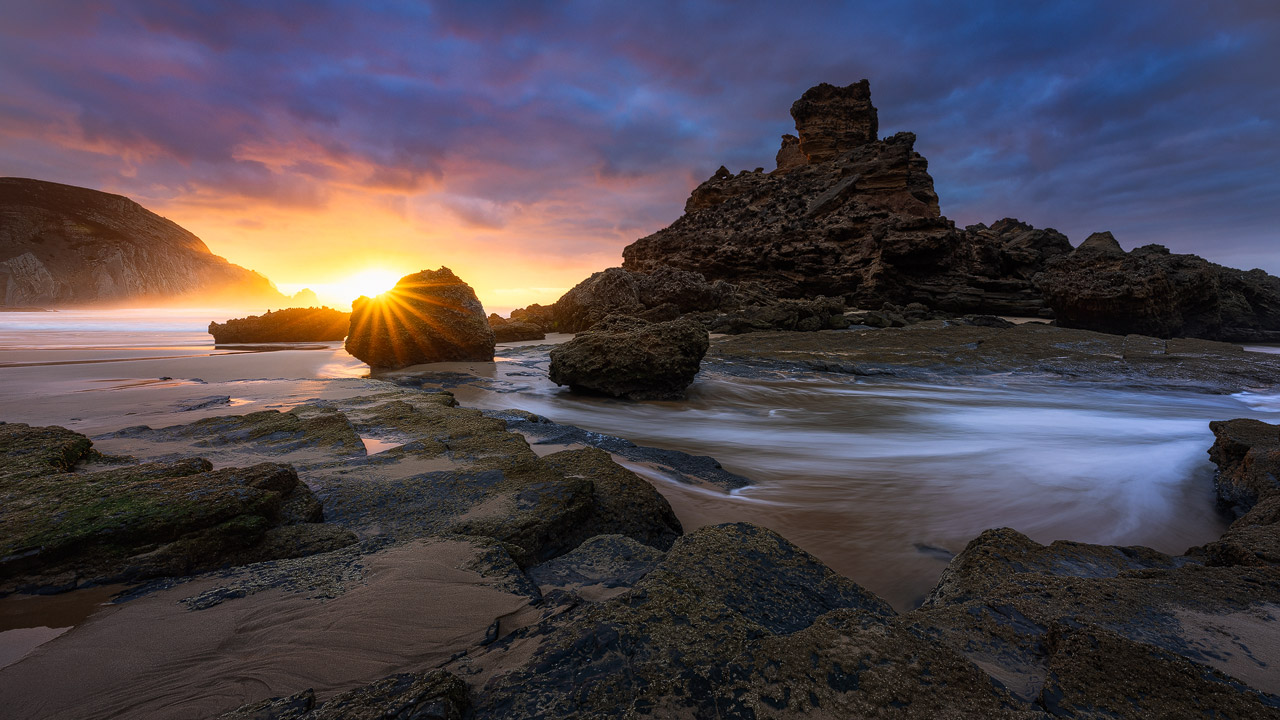 In the end, despite the previous scouting, finding the perfect composition was much more tricky than I thought. Some places offer so many beautiful looking subjects that it can become a bit overwhelming. It's also often the case that what looks beautiful is not so easily composed in a photogenic manner. Compressing a three-dimensional scene into a two-dimensional photo requires a carefully thought out composition that provides depth without overloading such a photo.

In the video below I talk more about those struggles and how I tried to arrive at a balanced composition.