The next stop on our travels through Portugal and Madeira was back on the mainland. From Madeira we flew to Lisbon and there we spent three days exploring the picturesque Alfama district. I had attempted to photograph Lisbon twice in the past already, but I had never stayed in its center. During previous visits I had only had daytime for my photography in the city, this time I focused on sunrise and sunset.

To get into the city from the airport we took a cab to avoid the public transports because of Covid. A cab into the center costs between 10 and 15 Euro, which is a decent price for a major European city. Our cab driver charged a bit more than what the meter said. I already suspected that he'd do it when he waited with asking for payment until we were all outside of the cab getting the luggage and I didn't see the meter anymore. It wasn't much, so I didn't complain.

Our hotel, the Petit Lusa, was located right at the edge of the Alfama district near the Museo do Fado. I definitely recommend this place. It's easy to get to and all major sights and viewpoints in the center of Lisbon are in walking distance. Two of those viewpoints are the Miradouro do Luzia and the adjacent Miradouro das Portas do Sol. 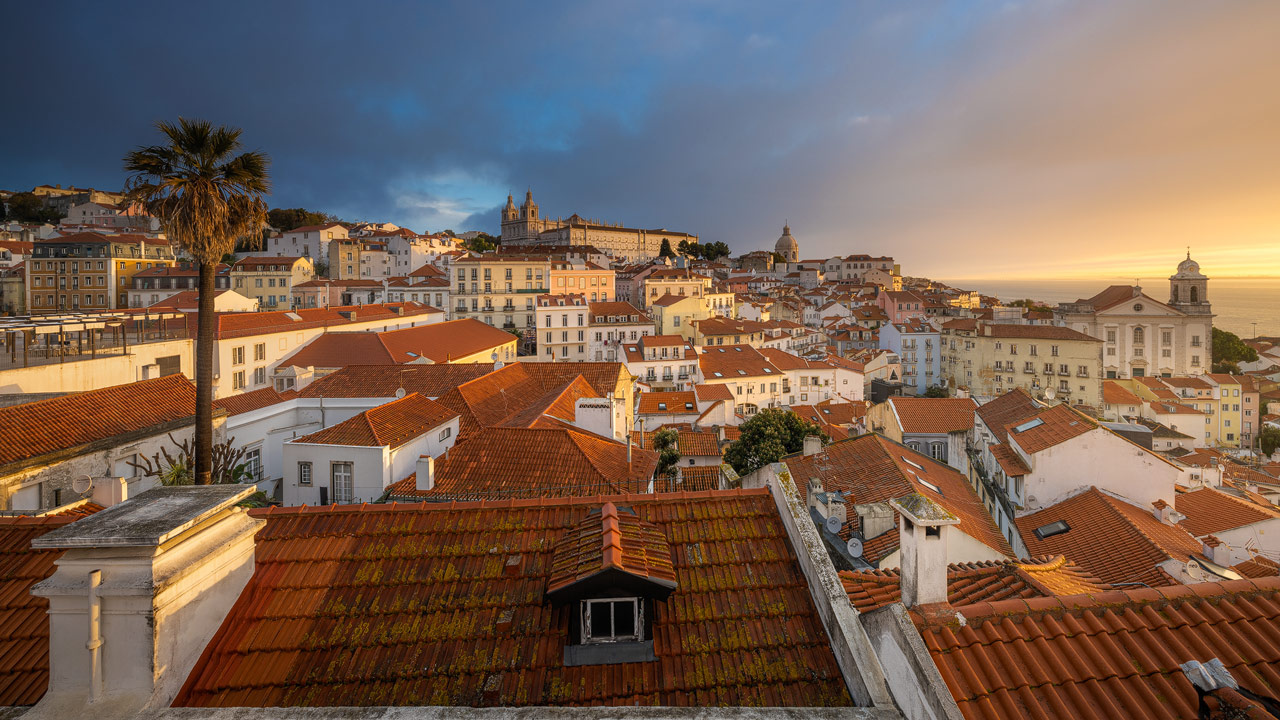 The first morning I directly went to the latter, which in my opinion is the best viewpoint to photograph Lisbon during sunrise. In the morning it was nearly empty while during day and in the evening this viewpoint as well as the others in the city are crowded.

Since staying in Alfama gave me the opportunity to explore Lisbon basically around the clock, I focused mostly on blue hour and sunrise in the morning. During those times the city was quiet and I enjoyed walking the empty streets in the center. Besides photographing the city from its viewpoints, a goal of mine was photographing the historic tram.

The line 28 winds its way through some very photogenic streets in Lisbon's center and I spent a few hours walking the length of it, looking for the best vantage points. Besides finding good compositions, in which I could position the tram, I also made sure to find photo spots where I could setup my tripod without disturbing the traffic. For best results I apply both focus stacking and exposure blending to my photos, so handheld photography was out of question. 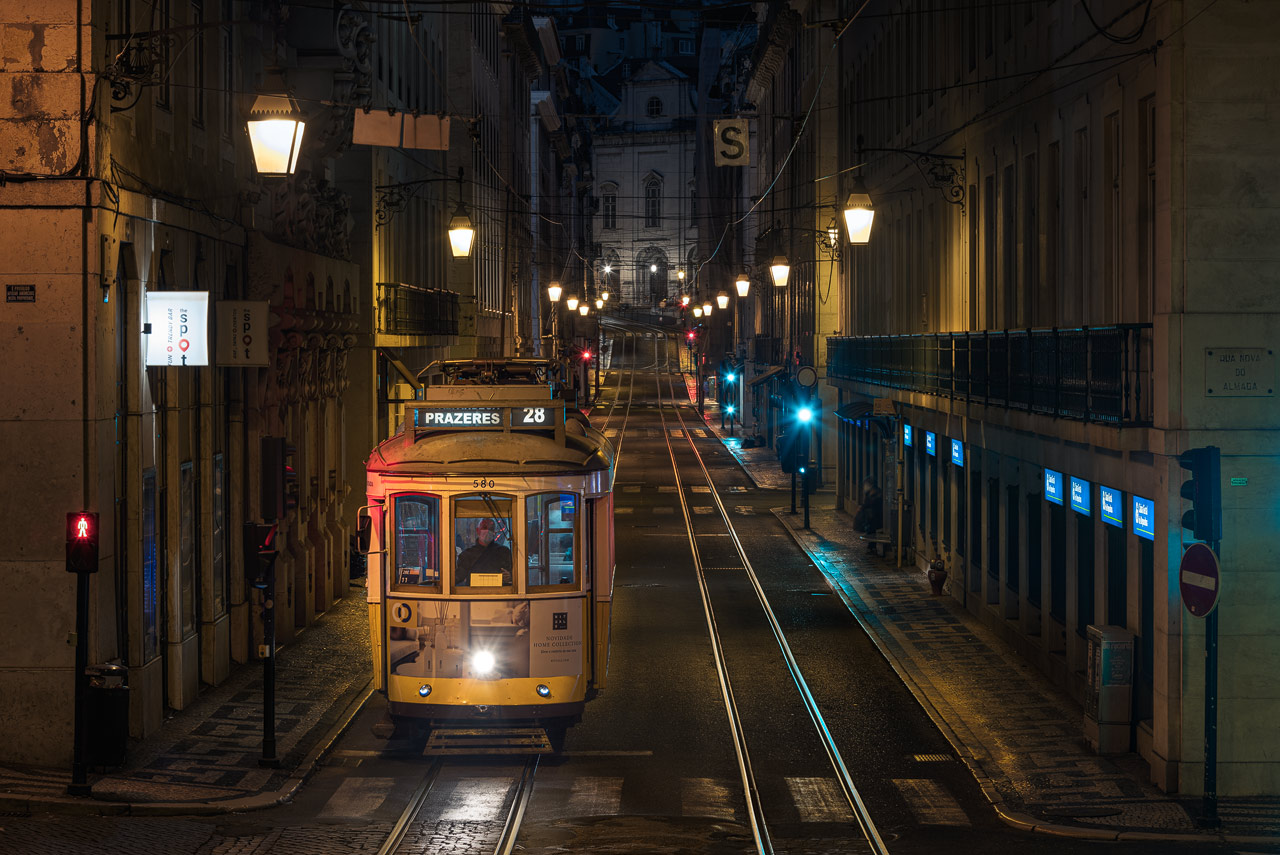 For the photo above I got lucky. A red traffic light stopped the tram long enough for me to take a long exposure at low ISO. After this photo I stayed one more hour at this location and the tram never stopped again. But I think I got the best possible result with the different colored traffic lights and the warm city lights painting an interesting picture.

For more photos and some tips on photographing Lisbon you can watch my behind the scenes video below.