After five days in La Paz I was desperate to get some wide scenic landscapes in front of my camera again. Our plan was to travel to Tupiza in the far south of Bolivia and from there do a four day tour through the Bolivian mountains.

Most tourists head directly to Uyuni from La Paz, which is much closer. But besides being the hub for many tours onto the Salar and down towards Lipez, Uyuni doesn’t have much to offer. Tupiza and it’s surrounding landscapes on the other hand looked much more interesting, a bit like the national parks in the south-west of the US.

The options to travel to Tupiza are few. Option one is a bus ride of around 14 hours. From what I read online one should avoid it. First of all the south of Bolivia is mostly made up of bumpy dirt roads and riding those in a packed bus is even less entertaining than the long bus rides through Peru. Also most of those buses don’t seem to offer a toilet or the drivers simply keep the toilet locked because they don’t want to clean it.

We decided to use option two and booked a train from Oruro to Tupiza with Kanootours. We even spent something extra to get a private transport from La Paz to Oruro organized by Kanoo Tours instead of using one of the public buses. This turned out to be some money well spent and this leg of our journey ended up being the most comfortable part of our trip through South America. 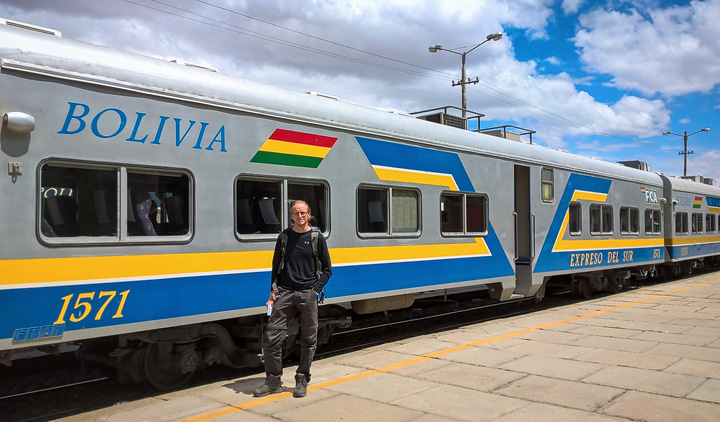 But first we had to get out of La Paz and this gave us some sleepless nights. Three days before our departure we received an email from Kanoo Tours. They told us our driver wanted to reschedule our departure time to 4am in the morning, hoping to avoid road blockades.

What had happened? The public transport sector of La Paz had announced a strike for that day. In Bolivia such a strike can become a severe problem for locals and visitors alike. If drivers ignore it, their cars can get stopped and in the past such encounters sometimes got violent. Smashed windows and pricked tires are nothing out of the ordinary.

As I read all this in the local newspapers I got a bit uneasy. The train from Oruro doesn’t run on a daily basis and missing it would have ment to wait two extra days. As a consequence I would have had to reschedule our tour in Tupiza, then change the booking for our first stay in Chile afterwards. To avoid it I spent a lot of time researching alternatives in order to get us to Oruro a day before the strike.

But in the end we were lucky. A temporal agreement was reached between the drivers and the officials in La Paz, which helped to delay the strike long enough for us to get out.

We started our trip to Tupiza on a Friday morning and arrived at 4am the next day. It was a long travel. We then slept in and went exploring the town in the afternoon.

There was really not much going on in Tupiza. There’s the main street with some shops, restaurants and agencies, a market, a small park. All in all a nice little town close to the Argentinean border, which doesn’t seem to see many tourists.

The first thing we did was checking the three tour agencies to find a driver, who would do a custom tour through the surrounding landscape with us the next day. Natural Adventures at the end of town was the only agency who understood what we wanted and that the pre-defined tours were not for us. The other agencies only tried to sell us one of those. But they didn’t include sunset, which was essential. 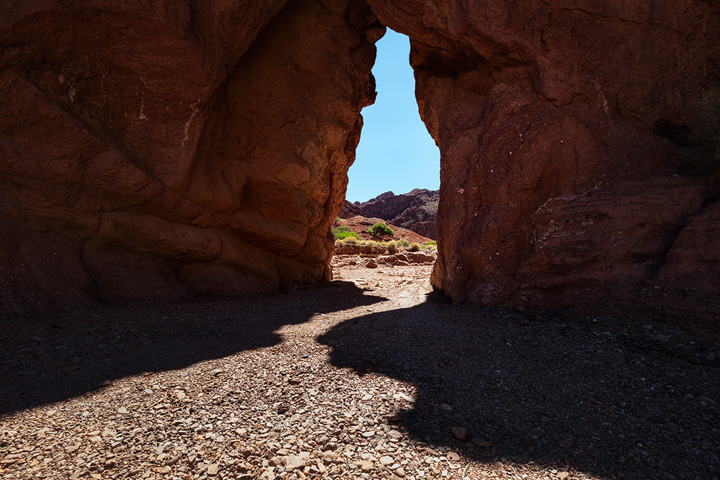 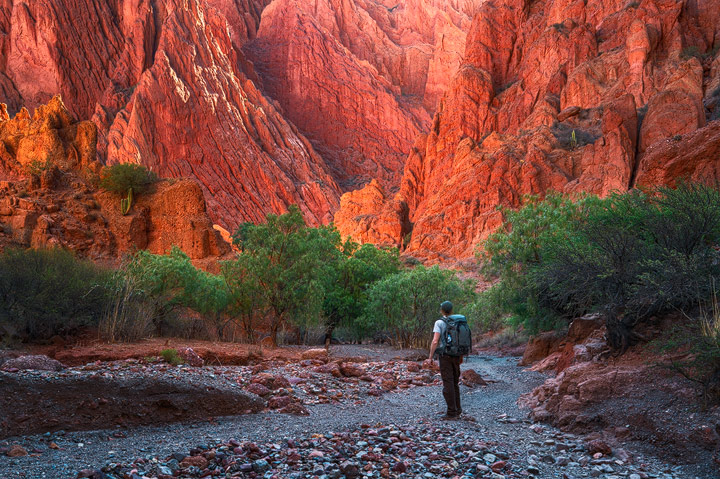 With our driver we went exploring around Tupiza the following day and visited places like Puerta del Diablo, Valle de los Machos and Cañon del Inca. But the highlight for me was the viewpoint near the so called Sillar rock formation. Unfortunately we didn’t get any clouds for sunset, which is quite common for Bolivia around the end of October. But is was still a spectacular view to end our day with in Tupiza.

Looking for compositions prooved a bit difficult though, especially finding an interesting foreground that didn’t look too cluttered. I wanted one of the cacti of the area in the photo, but I didn’t find a free standing one. In the end I had to include some bushes in the foreground and by combining exposures with different ISO I tried to freeze their movement since the wind had picked up. 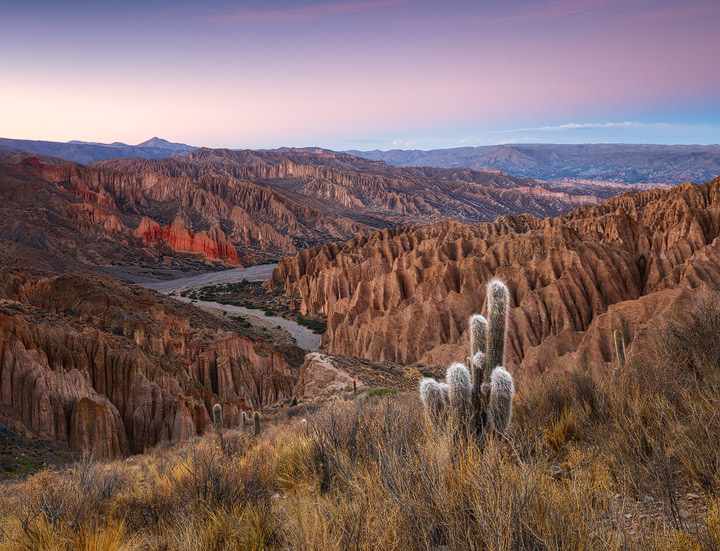 We could certainly have spent one more day in Tupiza, but the highlight of our South America travel segment couldn’t wait. The next morning our four day tour with La Torre Tours started. The next article will be full of photos of the unique landscapes we visited during that trip.