After a successful two days in Ploumanach we drove east towards the Fréhel peninsula. If you are interested in spectacular cliffs and wide, golden beaches this is the place to visit in Brittany. Since I wanted to photograph the Cap Fréhel Lighthouse we drove all the way to the closest campsite, which is Camping du Cap Frehel.

This very open campsite is great and we were able to secure a beautiful spot under the trees when we arrived around noon. With the weekend approaching the campsite filled up completely over the following 24 hours. So in case you ever want to visit, plan to arrive before noon to have a good choice of pitches. 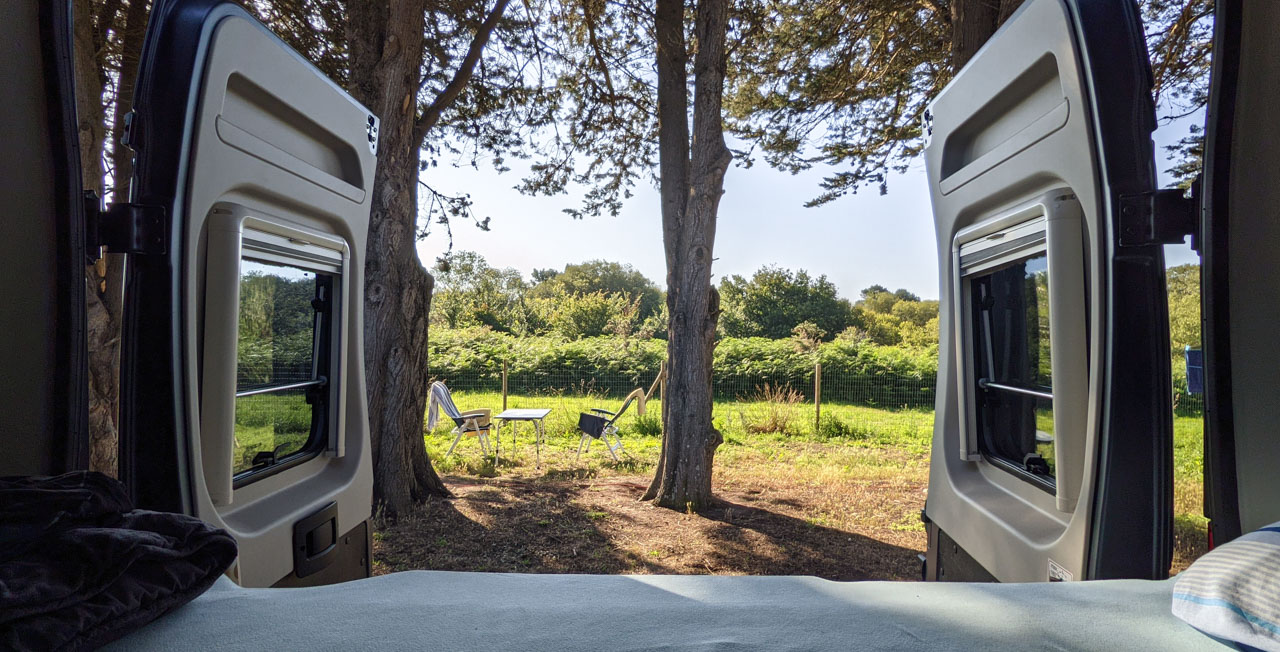 After setting up camp we didn't waste much time and did a short hike down to the adjacent beaches. It was low tide and Plage de La Fosse and Les Grêves d'en Bas were massive. With dark rocks jutting out of the golden sand those beaches provide plenty of photo subjects around low tide.

But even more interesting is the view up from the surrounding cliffs – more on that later.

The days we spent at Cap Fréhel were the hottest of our trip through France so far. There was not one cloud in the sky, which was nice to warm up after a little swim I did in the freezing ocean. For photography this was not what I had hoped for though.

So I constantly checked the cloud forecast with the app Clear Outside, which predicted 60% cloud cover for sunset. I was skeptical about this forecast but in the evening we went to the lighthouse anyways to do some exploration. To my delight the coastal flowers along the cliffs were in full bloom and I found endless opportunities to include foreground in my photos. 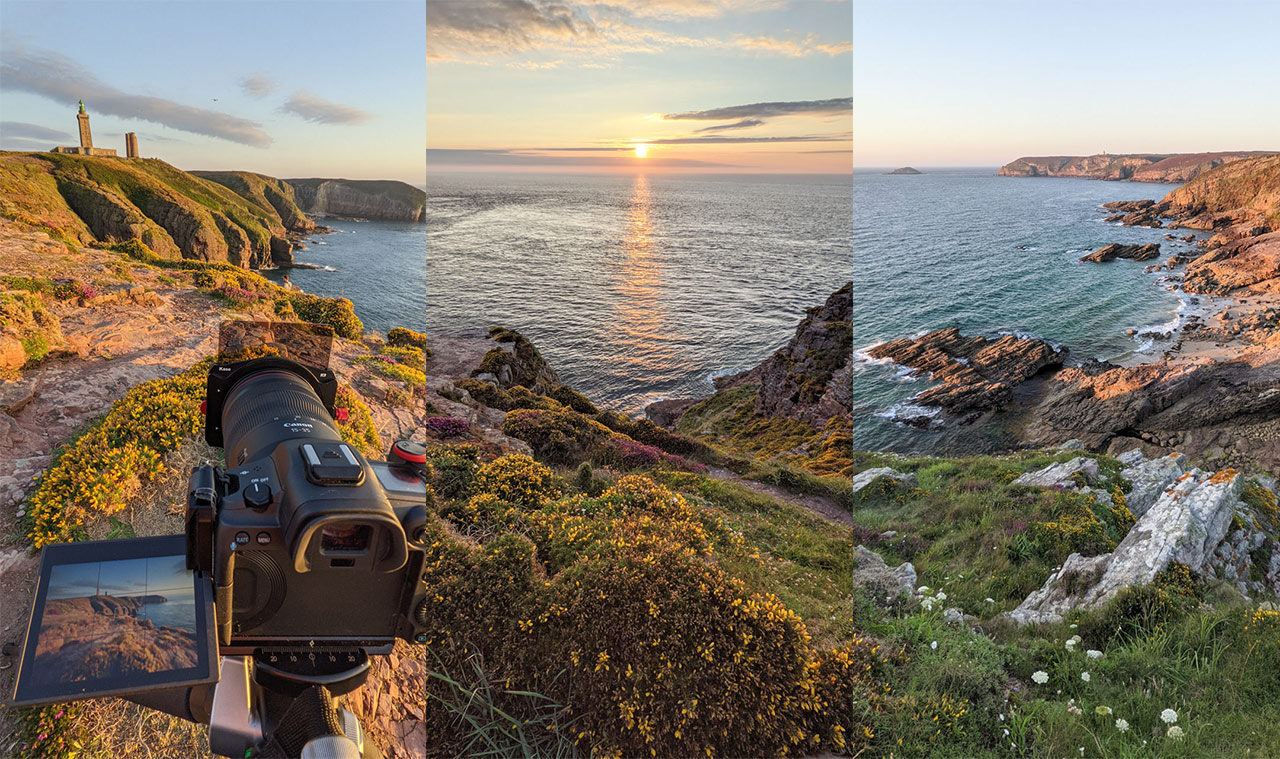 But there were still nearly no clouds in the sky. Since the forecast still insisted on a proper cloud cover for sunset, I set up my camera and waited. And lo and behold, the clouds appeared not long after and around sunset there was a nice distribution, which caught some orange light, above the lighthouse. 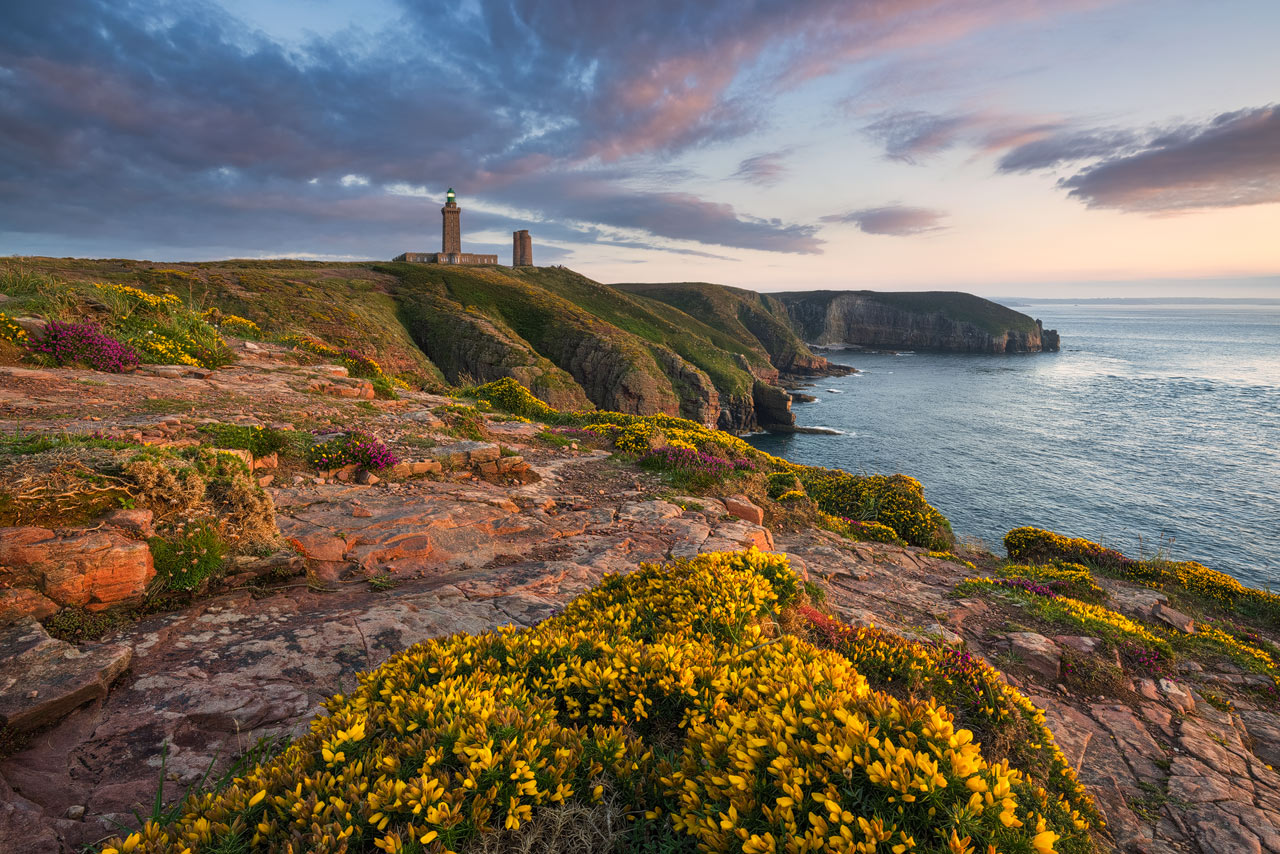 The clouds didn't remain long. The next days were completely clear. So this time I checked another app, PhotoPills, while doing some scouting along the cliffs. At the beginning of our travels I had already photographed the moon and the stars over the Verdon Canyon. This time I wanted to photograph the Milky Way over Plage de La Fosse.

With the AR mode of PhotoPills I could plan when the Milky Way would be in position – at 4am I would have to be on location. In the evening I used the time to already tune the composition. As I've written in previous articles, this is crucial for Astrophotography. In the dark it's hard to find the best composition, so knowing where and how to setup is a big help. 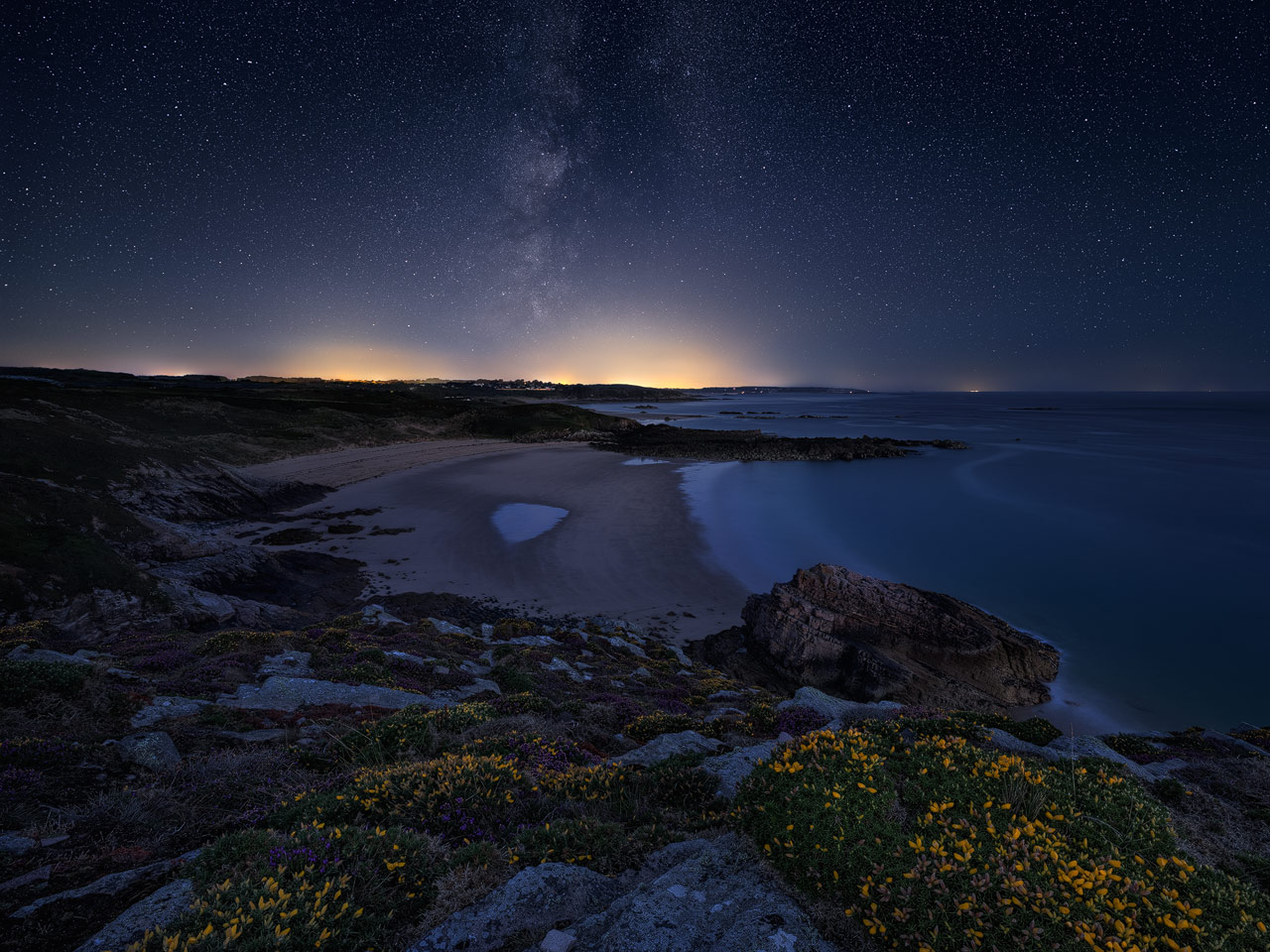 As usual my Astrophotography shoot started in pitch darkness. I took a sequence of 40 photos for the sky, using high ISO to capture proper detail in the Milky Way. Then I waited until blue hour to capture the details for the foreground. The coastal flowers provide the perfect balance to the orange glow above the towns at the horizon. If you are interested, I have a very detailed article about the settings I use for Astrophotography on my blog.

Before sunrise I was already back at our camper for another nap. Then we had a final breakfast at the campsite before leaving Brittany and entering the Normandy for the final photo stop of our trip. In the next article I'll show you the magnificent Mont Saint-Michel.